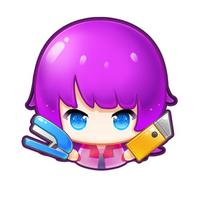 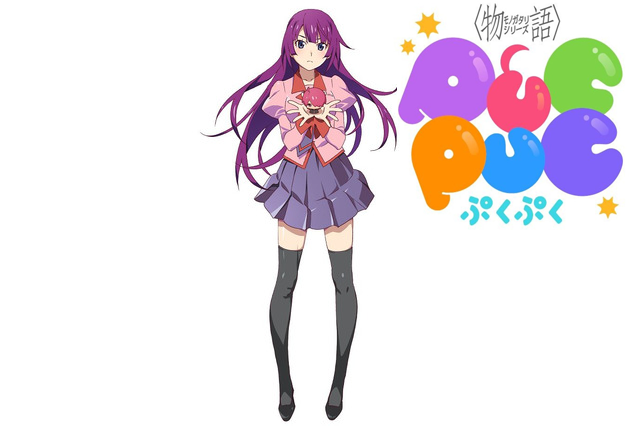 The latest anime to join the smartphone app revolution? The Monogatari series. Making its debut as a handheld casual game is Monogatari Series Puc Puc, a puzzle game that will feature Hitagi and more characters from the series. 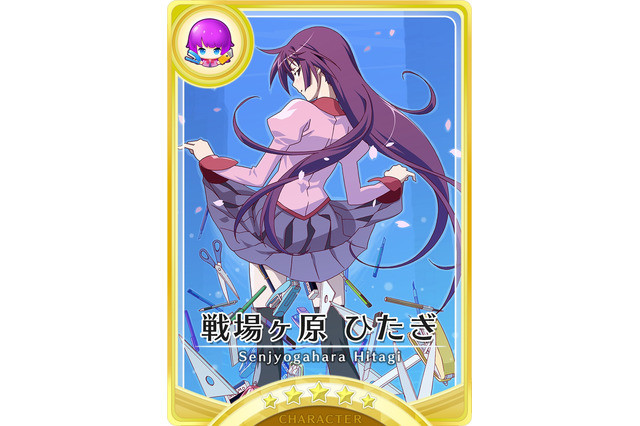 The game looks to be a combination of CCG elements and Tsum Tsum gameplay, judging by the key art and the PV (which also contains an advert for the franchise's upcoming light novel):

Preregistration is open on the official website, with in-game prizes available to all players based on the number of early sign-ons received. Prizes include items like "Heart Donuts," and "Puc Gems," with the big potential win being the 5-star Hitagi seen above.