Researcher Crunches The Number On Most Popular Doujinshi At Comiket 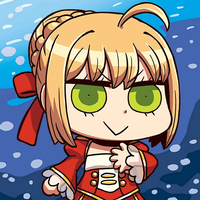 This weekend, hundreds of thousands of otaku will crowd into Tokyo Big Sight to see tens of thousands of doujinshi circles (amateur publishing groups) present their work.  As in recent years Meiji University Yonezawa Memorial Library of Manga and Subculture Comiket researcher myrmecoleon has crunched the numbers. 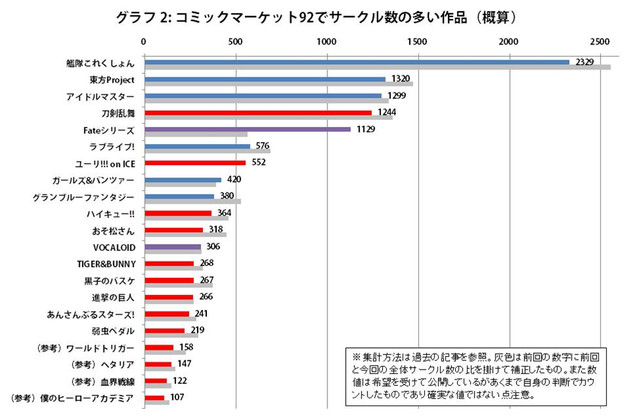 Counts are how many circles presented parody material for the given series.

Gray is the count for winter's Comiket 91.

The numbers were compiled to look at movement and trying out their ability to predict popularity based on measures such as Pixiv posts and reaction. So, this is not an exhaustive ranking and the bottom ones don't necessarily beat out other popular series such as Gintama, Ace of the Diamond, Magical Girl Madoka ☆ Magica and JoJo's Bizarre Adventure.