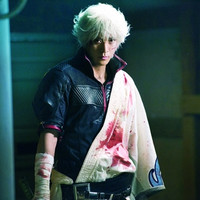 In addition to its home country, the film has already received wide release in Taiwan, Singapore, and Vietnam, and is scheduled to be released in Hong Kong this weekend, then will expand to other Asian countries, including Philippines, Indonesia, Thailand, and Malaysia.

Chapter I super-quickly disappeared from the top 10 in its second weekend of release, dropping from the