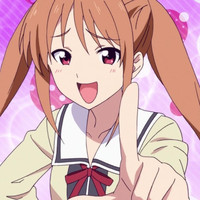 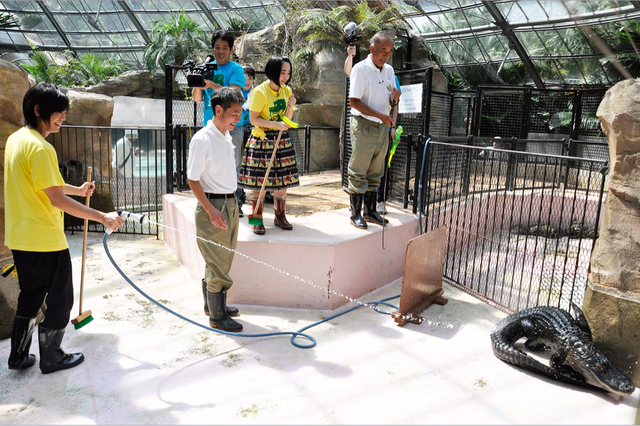 As part of an on-going promotional campaign with Atagawa Tropical & Alligator Garden (known in Japan as Atagawa Banana Wani En), two of the principal voice actors of AHO-GIRL got to try their luck as honorary park directors for the botanical garden located in Shizuoka Prefecture. 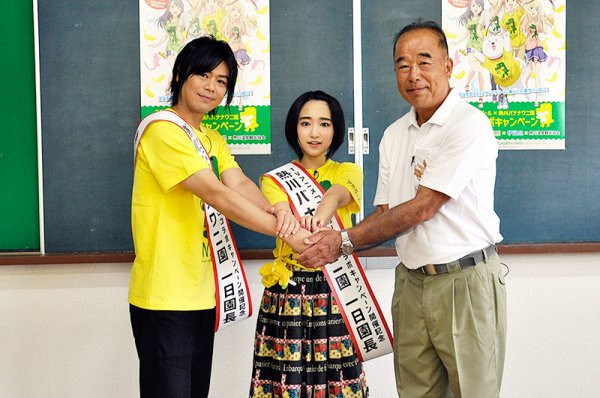 The event saw Aoi Yūki (the voice of Yoshiko Hanabatake) and Daisuke Namikawa (the voice of Dog) touring the park and performing various duties as temporary caretakers. Video of the event will be included as bonus material with the special edition versions of Volume 11 and 12 of the AHO-GIRL manga, and a digest version will also be available through the d Anime Store website for a limited time from September 01 - 30, 2017. 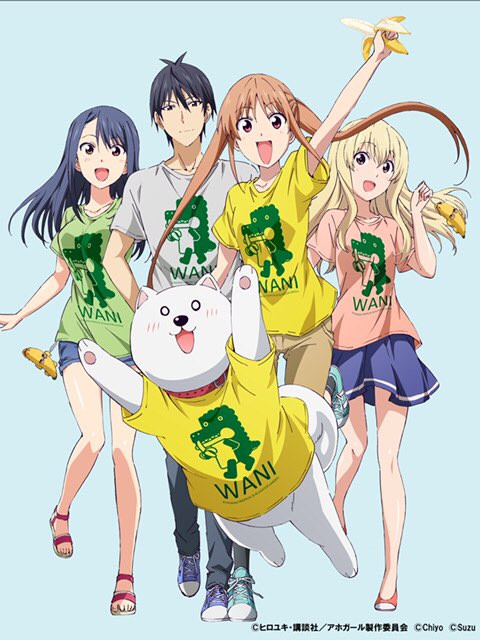 Additionally, beginning on September 22, 2017, Atagawa Tropical & Alligator Garden will be hosting an AHO-GIRL themed "treasure hunt" event, where guests must locate 6 keywords hidden throughout the park in order to receive a souvenir as a prize. Volume 11 of the AHO-GIRL manga will be released in Japan on November 09, 2017, and Volume 12 will be released in Japan on December 15, 2017.