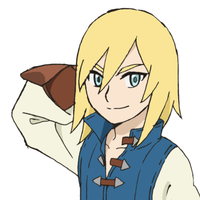 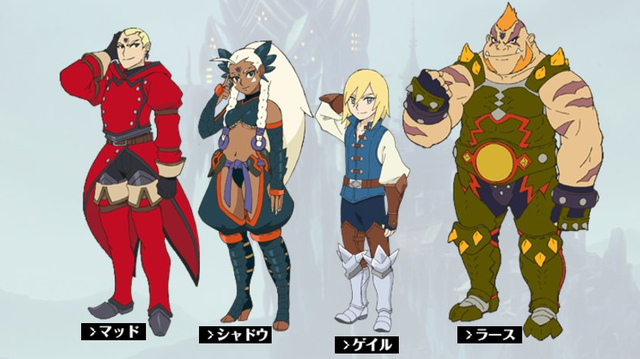 Four new faces will be appearing in the world of Monster Hunter Stories: Ride On when its next arc kicks off this fall. Character art and voice actors have been released for the new cast, coming mid-September. The four make up a group simply known at this point as the Mysterious Riders.

From left to right, they are:

Geiru (CV Natsuki Hanae): A pretty boy with a stolid personality. He's interested in Lute, but the two are quite different.

A pre-screening event of the new season's first episode will be held Septemebr 16 at Fuji TV Multi Theater. Attendees will be treated to an advance viewing of the new episode, followed by a talk show event with cast members Mutsumi Tamura (Lute) and Ryota Osaka (Shuval). Attendees who tweet their impressions of the event will be entered to win an acrylic keychain. 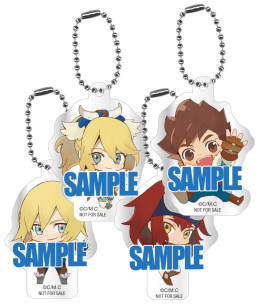