Chiaki Kon (Higurashi When They Cry) directs the adaptation for Production I.G 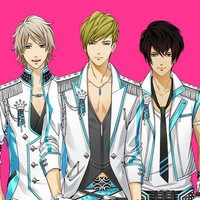 It is confirmed today that an anime film adaptation of Konami Digital Entertainment's game app for females, Tokimeki Restaurant☆☆☆, is now in the works for release in 2018.

The otome game app started its service in March 2013, and the anime film will be released for its 5th anniversary. The story of the game is set at a small restaurant in Habataki City. While managing the restaurant's business as a newly-hired chef, players develop romantic relationship with the six male idols who are regular customers.

Teaser for the anime film

PV for the game