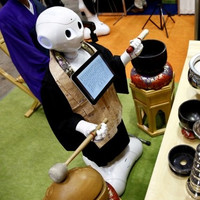 It looks like Pepper - a companionship robot developed in 2014 by Aldebaran Robotics and SoftBank - may be assuming an unexpected role at some point in the future: that of the "touji", or "officiating monk", in order to chant Buddhist sutras at Japanese funeral services. 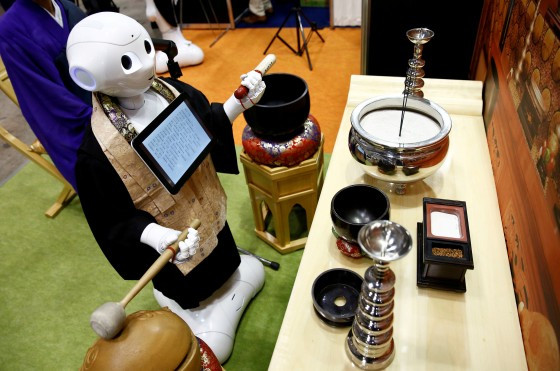 This function was demonstrated on August 23, 2017, at the eerily named Life Ending Industry Expo, a trade show in Tokyo focusing on funerary services and technologies. At the show, Nissei Eco Co., a plastic molding maker, demonstrated a software they'd developed for the Pepper robot that allowed it to beat a rhythm on a "mokugyo" (a ceremonial wooden drum shaped like a fish) and chant a sutra aloud.

Reuters notes that with Japan's aging population, many Buddhist temples receive a diminishing amount of financial support from their communities and the supply of priestly labor is limited, so Pepper could fill in as a substitute "touji" when the other priests are busy.

The services of a Pepper robot are estimated at 50,000 yen (about $457 US), which is significantly cheaper that the going-rates for a human monk, although so far no one has come forward to make reservations for a robot-led funeral. 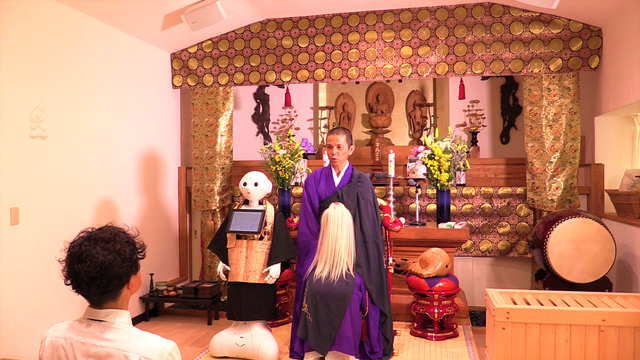 So, what do you think? Would you let a robot usher you into the after-life?