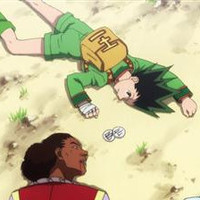 An early look at next week's 2017 issue 40 of Shonen Jump reveals that Yoshihiro Togashi's Hunter x Hunter manga will be going on hiatus again following the issue.  An author's note suggests that the series will be back relatively soon. “I received some donbei [noodles] from Nissin Foods as a resurrection prize, so I’ll be back once more within the year.”

The series returned June 26th along with the release of the its 34th volume.

One Piece will also be on break in issue 41.

OPINION: Why Yoshihiro Togashi Is My Favorite Manga Creator