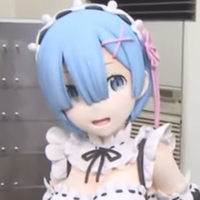 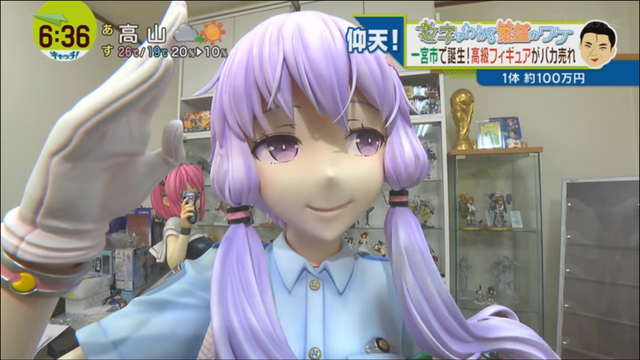 Local Japanese news and entertainment show Catch! loves to go behind the scenes of lesser-known and niche activities. Their occasional news corner, Suuji de Wakaru Hanjou no WAKE, goes by the numbers to explore the business and creation project behind things you might not normally give much though to as an industry. One of their latest explorations? Life-sized anime figures.

The segment, watchable in three parts via YouTube, introduces viewers to the biggest new thing (literally) in figure collecting -- including how these 1:1 characters are created. Re:ZERO's Rem is, of course, one of the most famous life-sized figures in recent months. But this segment goes behind the scenes of a life-sized rendition of Yuzuki Yukari.

The Rem figure is introduced, the business of life-sized figure creation is discussed, and then things get technical. The team discusses the license holder's constant hand in the creation of the figure to make sure it meets expectations. Additionally, we get to see the creation of the small-sized proof via -- as you might have guessed -- 3D printer.

We also get to see an interview with the owner of an earlier figure of the same character. What inspires someone to grab something this big and expensive? Is she fun at parties? Sadly, there are no subtitles, but the general flow of conversation is fairly easy to follow.

Life-sized figures are still selling in Japan, with extremely limited runs of new characters being debuted every few months.

>> Watch Re:ZERO -Starting Life in Another World- on Crunchyroll

Thanks to Crunchyroll viewer mr_raccoon for the tip! Got a news tip? Send it in!

Tiny Nezuko from Demon Slayer: Kimetsu no Yaiba Gets Big Figure from FuRyu