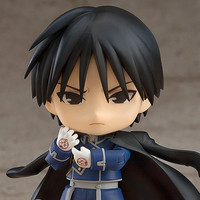 Good Smile Company is back with their third super deformed Nendoroid figure based on Hiromu Arakawa's Fullmetal Alchemist. Ed and Al Elric previously went on sale and are scheduled to ship in January 2018, a month after the live-action movie is released in Japan. Now, solicitations are open for Roy Mustang, who is scheduled to ship a quarter later in April.

"I am the Flame Alchemist. Don't forget it."

From the popular "FULLMETAL ALCHEMIST" series comes a Nendoroid of the "Flame Alchemist" Roy Mustang! He comes with three face plates including a standard face with a fearless smile, a serious expression with sharp eyes as well as a more playful smiling face for when he belittles Edward. His arms are articulated allowing for various different poses, and even in Nendoroid size the transmutation circles on his gloves have been carefully detailed.

Flame effect parts to capture his classic finger snap pose are of course included, as well as a line of fire which can be placed on the ground in front of him. The black coat he wears on his shoulders is also included allowing for even more magnificent poses! Be sure to display him together with the previously announced Nendoroid Edward Elric and Nendoroid Alphonse Elric! 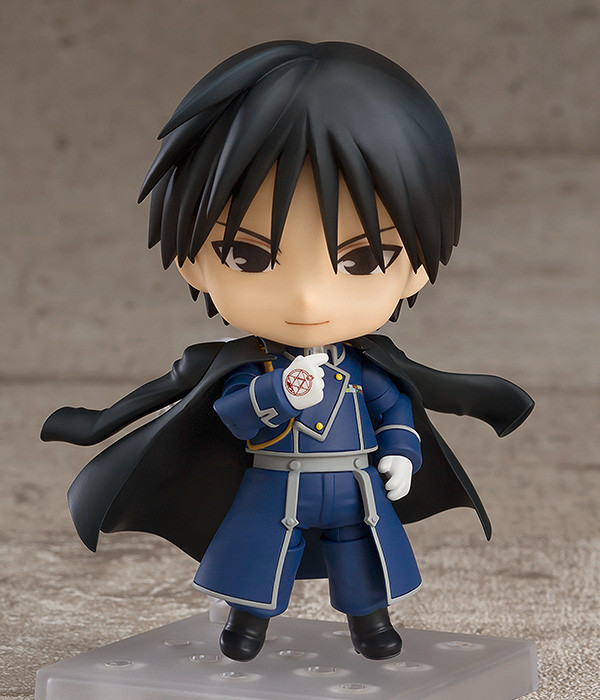 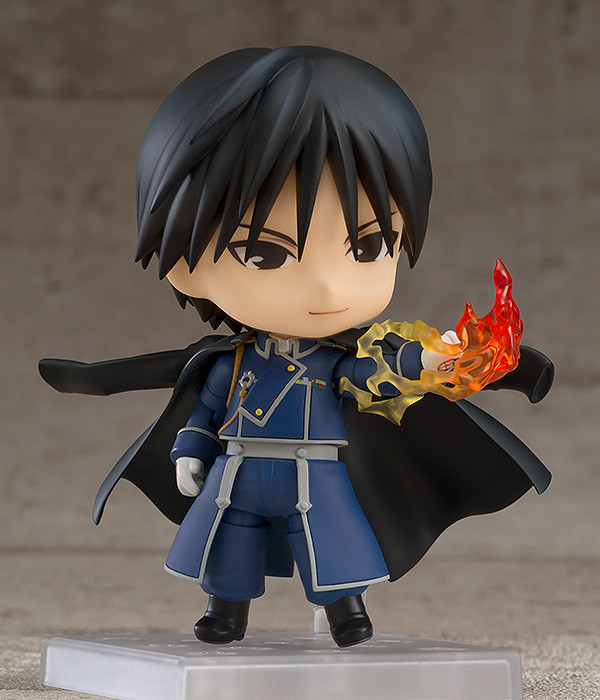 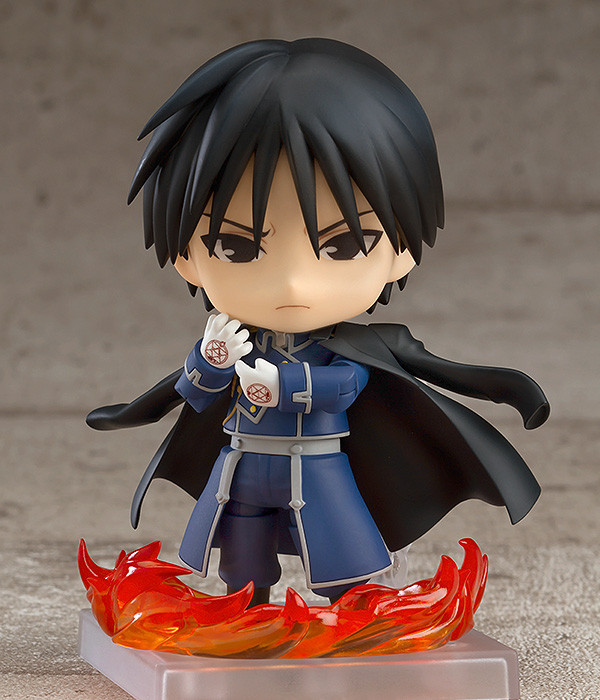 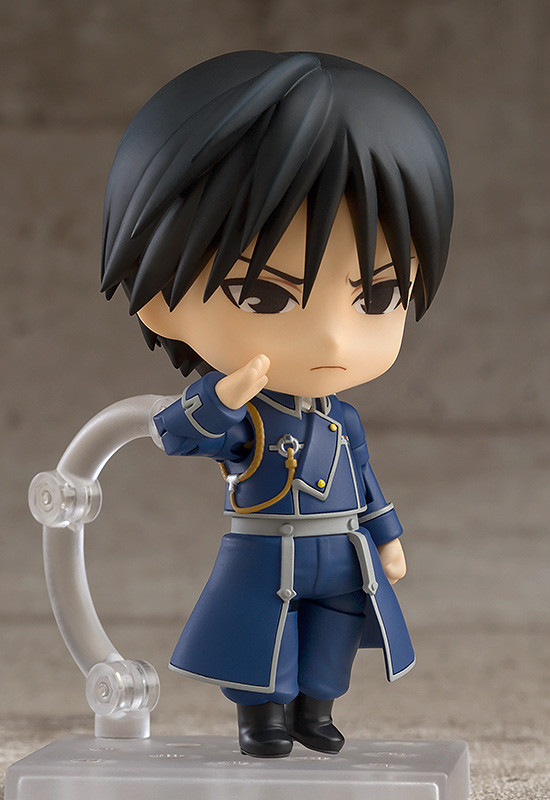 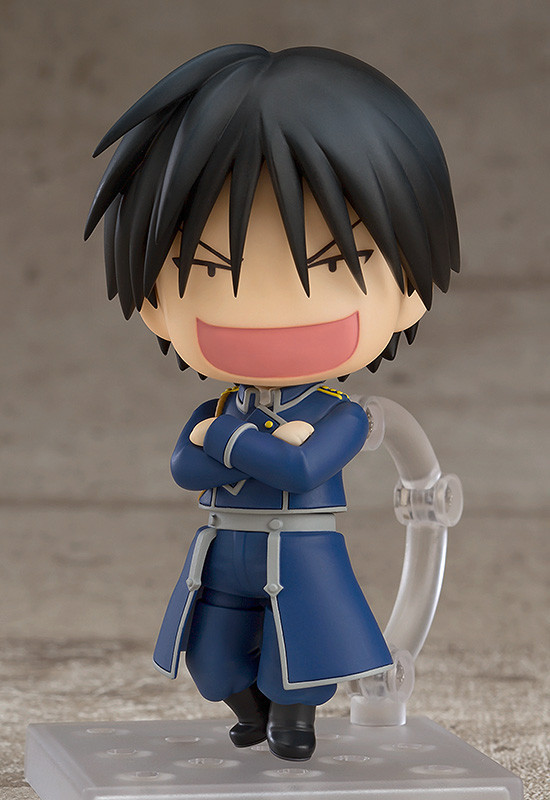 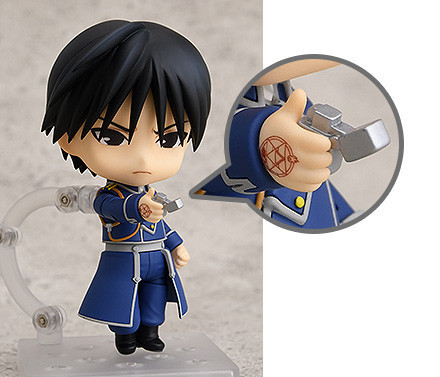