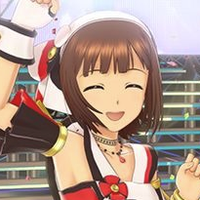 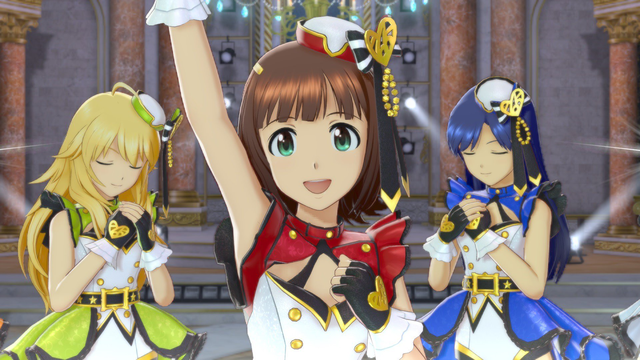 The girls of [email protected] are back... and yeah, they still need your help. The new PS4 game Stella Stage sees Haruka, Chihaya, and the other idols of 765 Productions trying for another chance at stardom. This time, though, you're also working on putting on a Stella Stage: a previously planned, but as-yet-unperformed concert starring only the biggest name idols.

Like Platinum Stars, you'll need to train and level up your girls for their big breaks. Additionally, a new Coaching function will track the idols' progress and improvement on a game board. Oh, and in case you're feeling bad about all that training, you can actually give them time off to relax if they start becoming overworked.

Check out the trailer here:

As always, 961 Productions is here to ruin your day, bringing along a shadowy new idol with them. Her name hasn't been announced, but eagle-eyed fans have noted that she has a hair ornament placed similarly to that of your ONE FOR ALL rival, Leon. Hard to tell whether that's enough to go on, though. 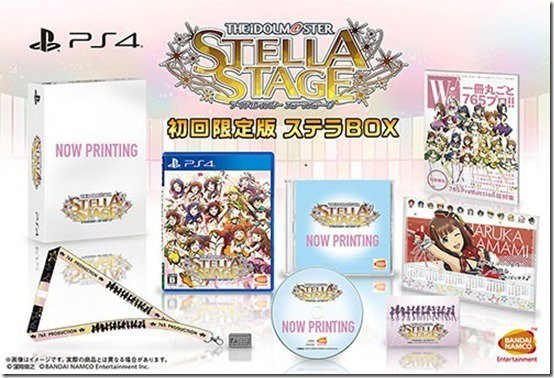 Of course, early orders and special editions come loaded down with goodies. Physical copies bought before January 17 come with the Platinum Memory costume and a free theme. Digital copies before the same date come with the costume and theme, as well as Toro & Koro puppets for the idols.

The Stella Box, retailing for 12,980 yen, will include the game, a calendar, a 765 Pro badge and lanyard, drama CD, Another Clover costume, and a free theme.

>> Watch THE [email protected] on Crunchyroll

Thanks to Crunchyroll user tglover157 for the news tip. Got a tip? Send it in!