The series will soon be available to stream in the U.S. on Anime Strike 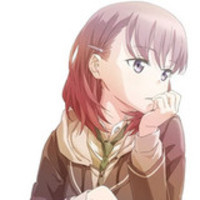 Sentai Filmworks has announce its newest acquisition for the Fall 2017 season: Just Because! The series will soon be available to stream in the U.S. on Anime Strike.

For a group of high school seniors, a chance reunion with a transfer student will change the course of their final year. Eita Izumi has come back to his hometown after four years and encounters some unlikely acquaintances: Haruto Soma, Eita’s childhood friend; Ena Komiya, the photography student who witnesses Eita and Haruto's reunion; Mio Natsume, whose feelings for her middle school crush still linger; and Hazuki Morikawa, a girl who seems uninterested in romantic relationships. When the paths of these five cross, their fates turn in a way none of them could have seen coming.

The series will be helmed by Atsushi Kobayashi in his directorial debut, with scripts by Hajime Kamoshida and original character design by Kiseki Himura. Animation production will be handled by PINE JAM (GAMERS!, Mahou Shoujo Nante Mouiidesukara).

Tags
just because!
« Previous Post
Crunchyroll Adds "Welcome to the N-H-K", and "Is this a Zombie? of the Dead" to Anime Catalog!
Next Post »
Say Goodbye To "Gamers!" Anime With A Look Back At The Fanservice-Filled End Cards
Other Top News
17 Comments
Sort by: