"March comes in like a lion" Speaks Out Against Bullying 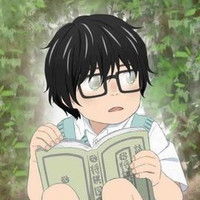 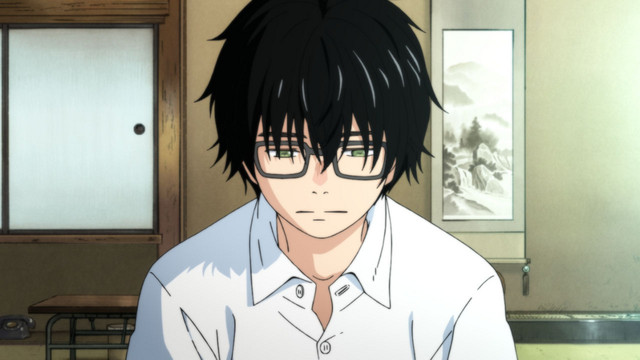 The 2nd season of March comes in like a lion begins broadcasting in October, and since one of the issues that it deals with is bullying, the TV anime based on the manga by Chica Umino is partnering with Japan's Ministry of Education, Culture, Sports, Science and Technology ("MEXT" for short) in a campaign to raise awareness about bullying. 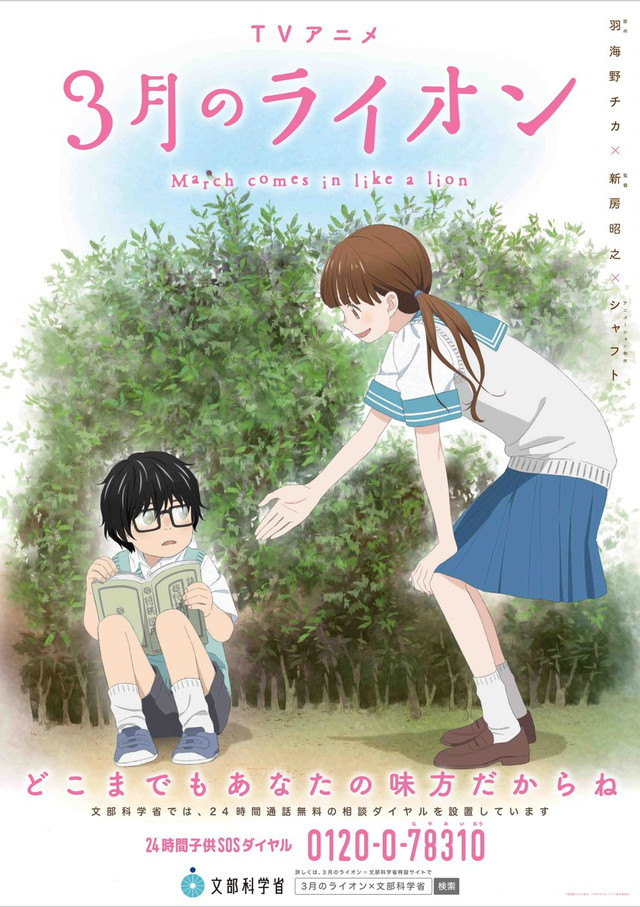 The campaign includes posters with a 24 hour hotline and the phrase: "Whereever you are, I will be your ally." Approximately 18,000 posters will be distributed in schools and other education centers throughout Japan. A special website featuring words of encouragement from the March comes in like a lion voice actors and professional shogi players will also be published on October 16, 2017. 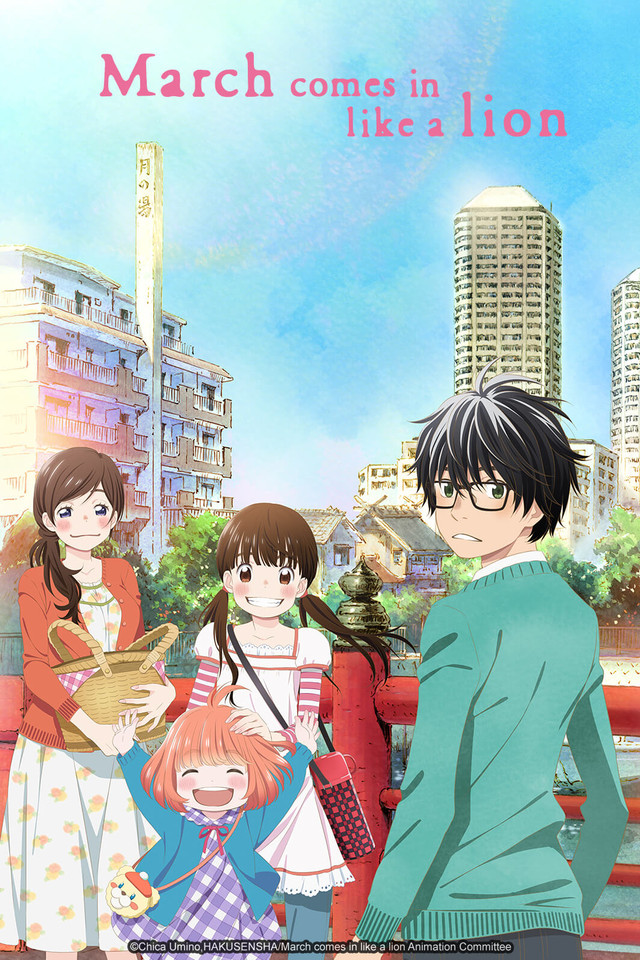 The original March comes in like a lion manga is serialized in Hakusensha's Young Animal seinen manga magazine. The TV anime is directed by Kenjirō Okada and Akiyuki Shinbo and features animation by Shaft. The 2nd season of March comes in like a lion begins broadcasting in Japan on October 14, 2017, and it will also be available via simulcast streaming on Crunchyroll.

Crunchyroll describes March comes in like a lion as follows:

This is a gentle tale about people trying to regain something. And it is a tale of battle. The main character, Rei Kiriyama, lost his family in an accident when he was young. Now he is a 17-year-old pro shogi player who is burdened with deep loneliness. Rei lives alone in an old town in Tokyo, but after becoming acquainted with three sisters, Akari, Hinata and Momo, he begins to change little by little…

The Manga Author Who Can Definitely 100% Make You Cry