PS4 and PS Vita release arrives in the west this month 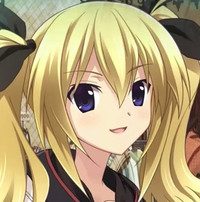 PQube is bringing Chaos;Child to PS4 and PS Vita in the west this month, so it's time to get to know some of its characters. Meet Takuru Miyashiro, Shinji Itou, Serika Onoe, Nono Kurusu, Hinae Arimura, and other members of the visual novel's cast below.

Chaos;Child launches in Europe on October 13, followed by North America on October 24.