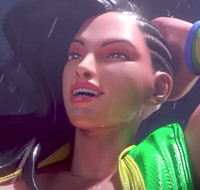 If you've been holding off on Street Fighter V for some reason, or if you just haven't picked up all the additional content, you might want to keep it up a little longer. Earlier today, Capcom announced Street Fighter V: Arcade Edition, which is coming to PlayStation 4 and PC in North America and Europe on January 16, 2018.

Arcade Edition comes with everything from the original release of Street Fighter V and tosses in a bunch of extra stuff on top of it. Additions include Arcade Mode, Extra Battle Mode, new V-Trigger moves, a Gallery, redesigned user interface, and all the DLC characters from season one and two.

Street Fighter V: Arcade Edition will be available both physically and digitally for $39.99.