Details on anime movie, which streamed on Netflix, are TBA 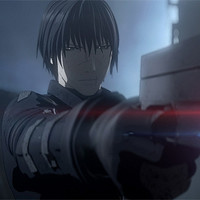 The 1998 manga has recently been released in North America by Vertical, after an earlier Tokyopop release.