Funimation launches their SimulDub of Juni Taisen on 10/18 at 3:00pm CT 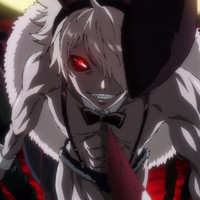 Funimation kicks off their SimulDub of Juni Taisen on 10/18 at 3:00pm CT. To prepare for the launch of the adaptation of a light novel series written by Monogatari's Nisio Isin and illustrated by Arakawa Under the Bridge's Hikaru Nakamura, they've introduced the English dub cast.

See the English cast list for JUNI TAISEN on our blog which premieres tomorrow! https://t.co/zeRQ8mQCi4 pic.twitter.com/yrkjkfDWD4

For one wish, they’ll risk it all. The time has come for the Twelve Tournament—held every twelve years. Twelve proud warriors, each baring a name from the Chinese zodiac, will prepare to fight in the bloody battle royale. The victor is granted a single wish, and they’ll do whatever it takes to earn it. Blood and tears will flow on this battlefield—who will be the lone survivor?