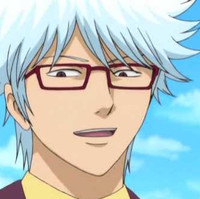 These are troubled times with plenty of national and international concerns to contend with. It's nice to think about a fantasy leader, able to solve problems through their intelligence, through leadership skills, military prowess, personal charisma, or other means. In their latest 10,000 Reader Poll, Charapedia asked fans which anime/manga character would make the ideal Prime Minister. 67 choices were suggested by a pool of respondents that was 54.3% female and 62.1% in their teens and 20s.

POLL: Vote For YOUR Favorite One Piece Arc!