Freedom, Control, and Greed: "3jus" Teases a Trio at War 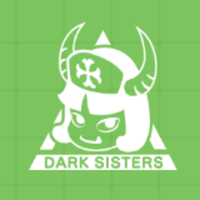 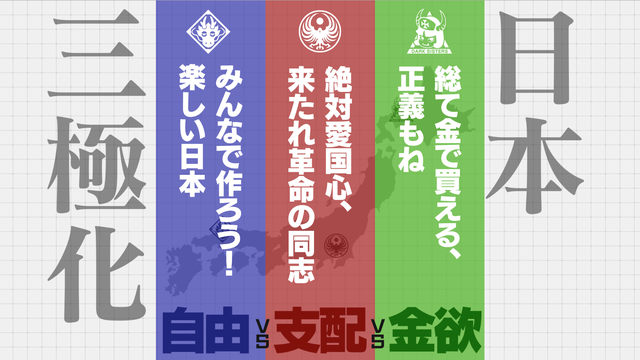 The teaser site for Cave's secretive new project 3jus has just rolled out some very busy animation -- and it may go some way toward revealing what the game is about.

Last week, all we knew was that the project involved an oncoming war and economic disparity. This week, the updated teaser site gives us a look into three different groups, creating what the site refers to as "Trilateral Japan." 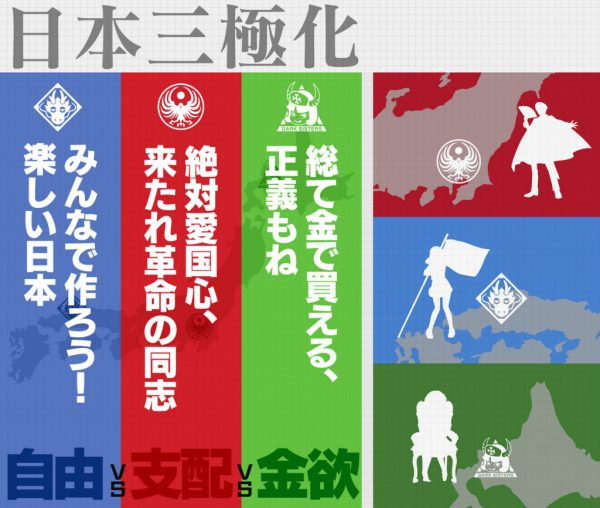 The three groups exemplify Freedom (in blue), Control (in red), and Greed (in green). Each is summed up, for now, in a single quote:

Blue: Let's build it together! A Japan we can all enjoy.

Red: Comrades of absolute patriotism and the forthcoming revolution.

Green: Everything can be bought with money, even justice.

While we don't yet have faces or names to attack to the group officially, the green group's logo does have a name on it: "Dark Sisters." Whether this is the name of the greed-driven group or simply an associated term, we may have to wait and see.

The site's next update is due this Saturday, October 27 -- at which point we'll see what else is revealed.