Crunchyroll Adds "The Melancholy of Haruhi Suzumiya" to Catalog 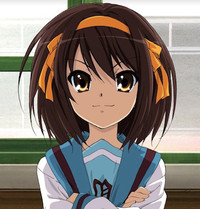 It's time to join the SOS Brigade, because Crunchyroll is about to add The Melancholy of Haruhi Suzumiya to the anime catalog. Both seasons of the Funimation title officially go live tonight at 6:00pm Pacific Time.

The Melancholy of Haruhi Suzumiya will be available to Crunchyroll members in the following territories: United States, Canada, Iceland, Sweden, Norway, Denmark, and Netherlands. 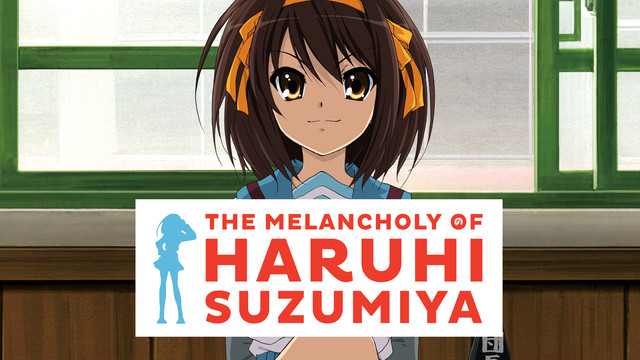 Kyon is a cynical and sarcastic teenager. The first day of his first year of high school is filled with hopes of a normal school experience—hopes that are immediately dashed after meeting the beautiful and eccentric Haruhi Suzumiya. Haruhi is athletic, brilliant, and completely bored with life. At Kyon’s accidental suggestion, she decides to create her own club dedicated to finding and observing life's oddities—like the aliens, espers, and time travelers she believes walk among normal people.

Now, Kyon and a ragtag group of recruits are Haruhi's right-hand men in the newly formed SOS Brigade. But all is not what it seems. The quiet bookworm? Alien. The busty sophomore? Time-traveler. The handsome transfer student? ESPer. And the biggest surprise? They’re all there because Haruhi herself has the ability to reshape the world as she sees fit. Maybe Kyon should have joined the literature club...