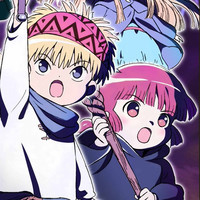 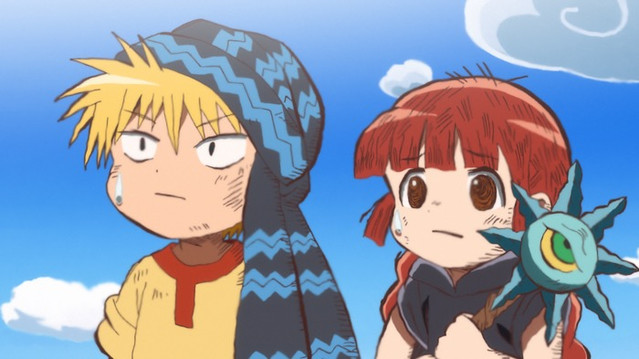 The adventures of Kukuri and Nike continue in the JRPG gag anime MAGICAL CIRCLE GURU-GURU, and the series is gearing up to kick off its next story arc with a new key visual (below) and new theme songs. 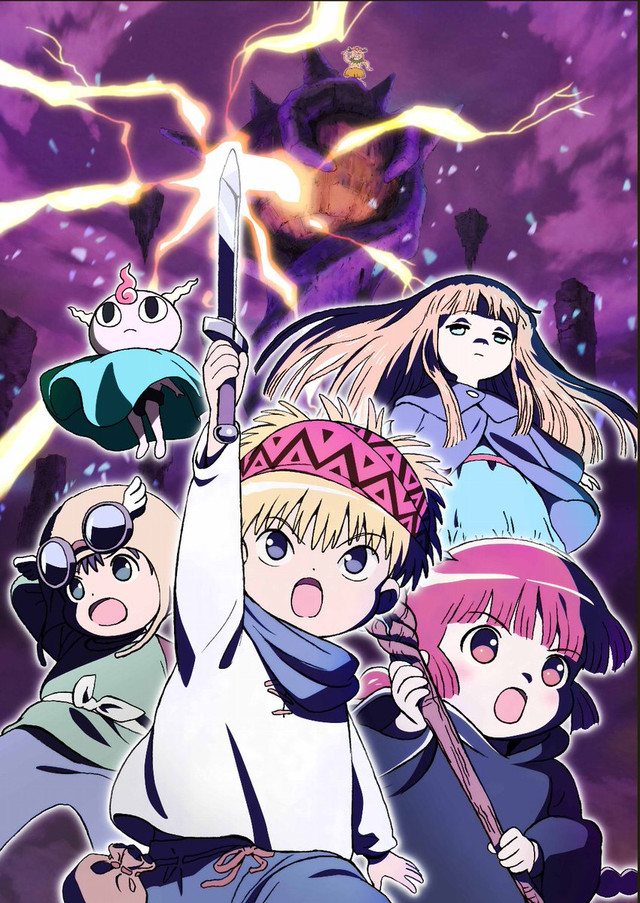 The new opening theme, entitled "Ryuusei Dance Floor" ("Falling Star Dance Floor"), is performed by ORESAMA. The new ending theme, "Magical Circle", is performed by TECHNOBOYS PULCRAFT GREEN-FUND feat. Shoko Nakagawa. Both new themes will be rolled out as of episode 17 of MAGICAL CIRCLE GURU-GURU, which is published today (October 31, 2017) in Japan. 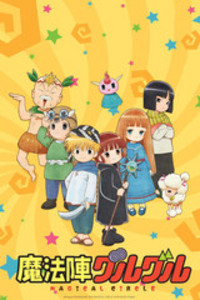 Based on the manga by Hiroyuki Eto, MAGICAL CIRCLE GURU-GURU is directed by Hiroshi Ikehata and features animation by Production I.G. The series is currently streaming on Crunchyroll, who describe the story as follows: 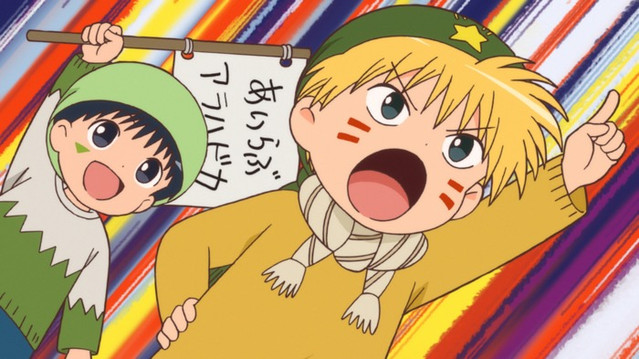 Nike, a boy from the Boering Village village, is forcefully sent along on a quest to defeat the Devil King after his Hero-worshipping parents see a posting from the king summoning potential heroes. Following the village's traditions, he visits the magical old lady where he is entrusted with caring for a young girl named Kukuri, who can use the mysterious Guru Guru magic. According to the old woman's claims, Kukuri is the last survivor of the Migu Migu clan who wield Guru Guru, and she has been waiting for a Hero to appear.