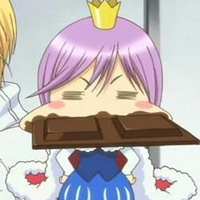 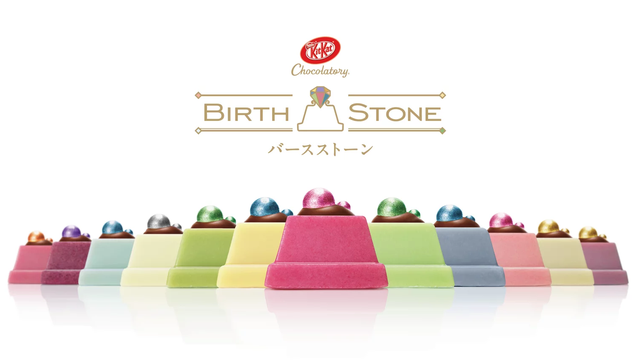 The West will probably never catch up to Japan's Kit Kat game, thanks to the inventiveness of their Chocolatory. They get wild flavors like citrus, edamame, and hojicha. It's hard to tell how many of them are winners (can anyone vouch for the wasabi one?), but they undeniably take the win for creativity.

And just to up the ante, Nestle is now releasing a series of twelve limited-edition flavors, each themed to a monthly birthstone. The Chocolatory has come up with sweet designer blends to match the birthstones' color, topping each off with a dab of chocolate and a pair of edible color-coordinated pearls.

Kicking things off is a bar modeled after November's stone, topaz. The white bar has a roasted chestnut flavor, and a pair of gold "gems" on top. So November birthday kids rejoice -- you have your own custom treat!

As for the rest of us with birthdays in the other 11 months... well, our turn will come. A new one will be available each month. The roster after this month:

For the most part, these actually do sound like winners... though July babies, we'll want to hear back on what you think of yours.