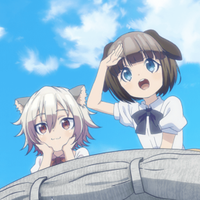 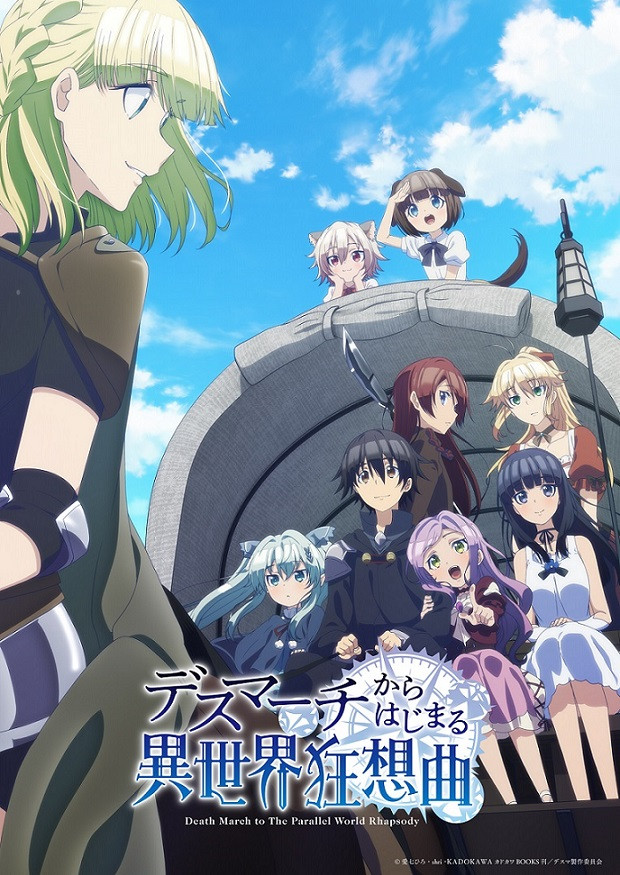 A new key visual has been published for Death March to the Parallel World Rhapsody, an upcoming TV anime based on the fantasy light novel series lwritten by Hiro Ainana and illustrated by shr about a computer programmer who dozes off before a deadline and wakes up in an alternate world. The visual features the main characters setting out for a journey in a covered wagon.

The original Death March to the Parallel World Rhapsody novels are published by Fujimi Shobo under their Fujimi Shobo Novels imprint, and an English language version is also in development from Yen Press. The story follows Satou, a computer programmer, who falls asleep during a major deadline crunch and wakes up in a fantasy world. After accidentally acquiring extreme magical power, Satou decides to enjoy the good life in his new home: traveling, sightseeing, eating delicious cuisine, and helping pretty girls with their predicaments. 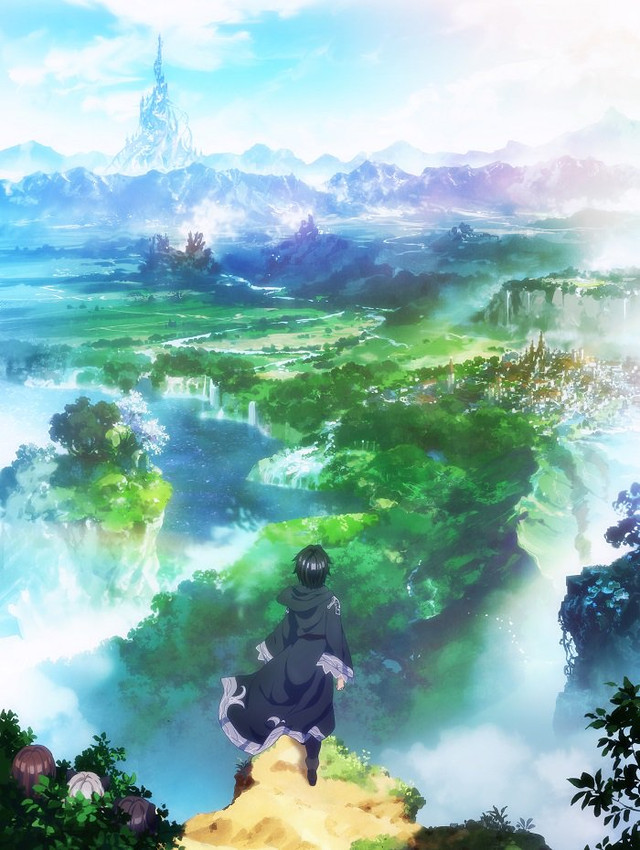 The Death March to the Parallel World Rhapsody TV anime is directed by Shin Oonuma and features animation by SILVER LINK. and CONNECT. The series will broadcast on AT-X, Tokyo MX, BS11, and other stations beginning in January of 2018.