Kumamoto Prefecture's charitable collaboration with "One Piece" will continue in 2018 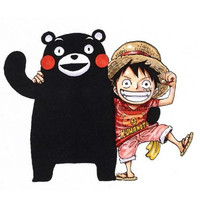 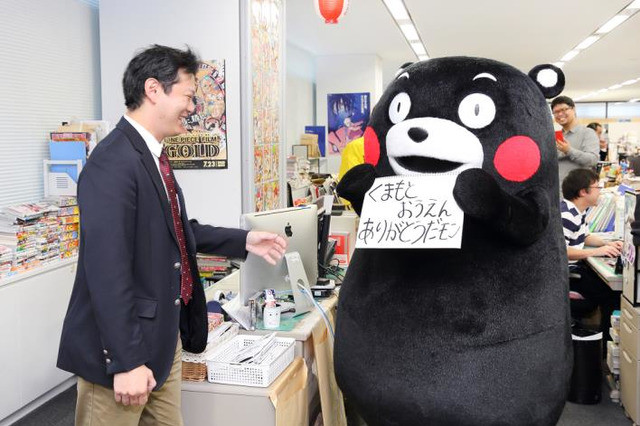 Kumamoto Prefecture is still recovering from damages caused by an April 2016 earthquake, and the region's official mascot, Kumamon, paid a visit to the offices of Shueisha's Weekly Shōnen Jump on November 06, 2017, to request the continued assistance of a One Piece-themed charity drive in 2018. Eiichiro Oda, the author of One Piece, is originally from Kumamoto City.

The "ONE PIECE Kumamoto Reconstruction Project" originally ran from November 2016 - March 2017, and Kumamon was on-hand at the Weekly Shōnen Jump offices to thank them for their assistance and request their continued support in 2018. Hiroyuki Nakano, the editor-in-chief of Weekly Shōnen Jump magazine, was glad to accept this request and to promise further aid. 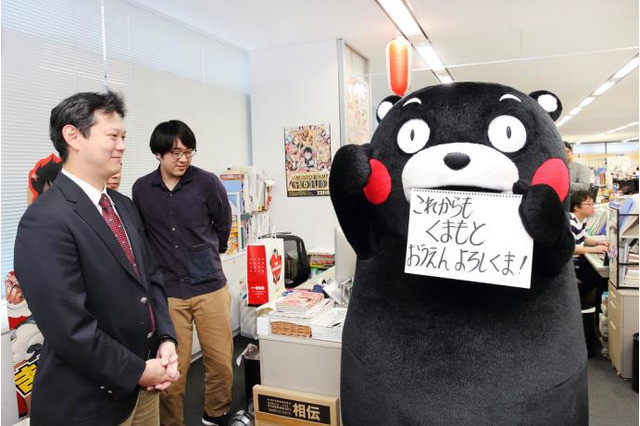 Going forward, updates for the "ONE PIECE Kumamoto Reconstruction Project" will be published periodically in the pages of Weekly Shōnen Jump as well as on ONE-PIECE.COM and the official Kumamoto Prefecture web site. The collaboration has already included such activities as charity stamp ralleys, train decorated with a One Piece wrapping treatment, and original character goods offered as rewards for volunteer hometown tax programs.