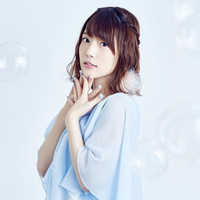 The official Twitter of 27-year-old anime voice actress Maaya Uchida posted a 70-second message video from her to announce that her 7th solo single "aventure bleu" will be released on February 14, 2018, and that the song will be used as the OP theme for the upcoming TV anime adaptation of Haruto Hino's home drinking-themed manga Takunomi. (literally means drinking at home). She is also cast as Makoto Kiriyama, one of the four main characters in the anime.

"Hello, everyone. I'm Maaya Uchia. I have some happy news for you. That is..., a release of my 7th single

has been decided! Yatta! Because it is so happy, I've brought a desert. What am I announcing about? My

7th single is called 'aventure bleu,' and is decided to be released on February 14, 2018, and more, it will

be featured as the OP theme for the TV anime Takunomi. I am soooo happy! Thank you very much. I hope

you will watch the TV anime Takunoimi. while drinking at home, or eating a sweet desert like this. Because

this is very sweet, I think a carbonated sparkling-type drink would be good with this one ? That said, 'aventure

bleu' will be released on February 14. Please look forward to it! This is from Maaya Uchisa. Bye bye!"

website since August 2015, and four tankobon volumes have been available in Japan. Production IMS (Hybrid

BEASTARS Characters to Get Adorable Collaboration Items Designed by Sanrio