Christopher Ayres has been diagnosed with “End Stage C.O.P.D." 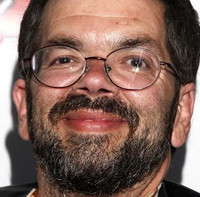 Anime Twin Cities and the larger anime community have begun to rally around voice actor/director Christopher Ayres, who has been diagnosed with “End Stage C.O.P.D." after being rushed to a Houston hospital earlier this year. To help Ayres with a needed double lung transplant and related hospitalization, testing, therapy and rehabilitation, a You Caring fundraiser has launched.

The voice of Frieza needs us!

On top of being an extraordinarily talented actor, Christopher Ayres is one of the most thoughtful, selfless people I know.

if you can, please donate to or share this:https://t.co/kUKXPVrCN0 via @youcaring

The You Caring fundraiser explains:

Earlier this year actor/director Christopher Ayres was rushed to a Houston hospital with complicated respiratory difficulties. A team of pulmonary doctors diagnosed Chris with “End Stage C.O.P.D.”, an irreversible illness that would require a double lung transplant in order for him to survive. He would spend the next three months in and out of hospitals and intensive care units for testing, therapy, and rehabilitation. In preparation for transplant, he learned that he would also need two additional surgeries (double bypass, and oral maxillofacial) before he can move forward with transplant.

Chris is dependent on continuous flow oxygen during the day and a BIPAP breathing machine to reduce carbon levels in his lungs at night. Due to hospitalization, and rehabilitation Chris has not been able to work since March.  In spite of  being insured, the deductibles, and non covered expenses have been continuous, and are exhausting his and his family’s resources. While it’s hard to determine exactly how much assistance will be needed at this stage of the process, these costs have become a concern.

Chris has been a long time friend to both the anime and convention community. known for roles such as Frieza in Dragon Ball Z in recent years, and has directed several well loved anime titles including; The Nerima Daikon Brothers, Beyond the Boundary, Another and Bodacious Space Pirates. Since he has always been a strong supporter of Anime Detour, and one of the first to grab the mic at it’s charity auctions, we would like to begin what will be the first of probably many fundraisers across various platforms to help him with these expenses. We would appreciate any help you can give us as we try to help someone who has given so much to our community.