Shueisha announces the suspension of the ongoing "Hokkaido Arc" 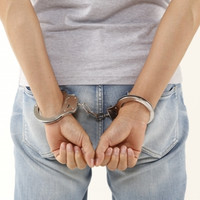 Yomiuri Shimbun reported that Tokyo Metropolitan Police Department pressed charges against 47-year-old manga artist Nobuhiro Watsuki, best known for his internationally popular Rurouni Kenshin series, today on November 21 for possession of child pornography. His charge is violation of the law against child prostitution and child pornography, and the police has sent the case to the public prosecutor's office.

According to the police investigation, Watsuki possessed several DVDs that included footage of naked girls in their early teens at his office in Tokyo in October. He has already admitted the charge and said, "I liked girls in the higher grades of elementary school to the second grade of junior high." During the investigation for another child pornography crime, the police learned that Watsuki purchased some DVDs of early teen girls. Then its youth guidance division searched his house and found about 100 child pornography DVDs.

In Japan, the possession of child pornography became totally illegal in July 2015. Under the law, people

2017 issue of Shueisha's Jump Square magazine. The publisher today announced that the magazine will

stop the serialization of the manga from the next issue to be released on December 4 for a while. Their

seriously. The author is really reflecting upon himself."