All The Kisshots Gather For "Kizumonogatari" Complete Guide Book

Speaking of Kizu, Part 3: Reiketsu is out from Aniplex of America this week 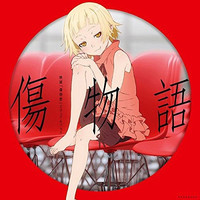 Kiss-Shot Acerola-Orion Heart-Under-Blade goes through some striking physical changes through the course of Kizumonogatari. You see, getting dismembered by vampire hunters then reassembling yourself will do that. Coming on November 28th, Kodansha will be collecting the anime film trilogy's cast and staff testimonies, along with illustrations and two stories by original author Nisio Isin into a 234-page Complete Guide book. Amazon Japan has offered a preview of the cover. And, hey, look! All those Kisses! 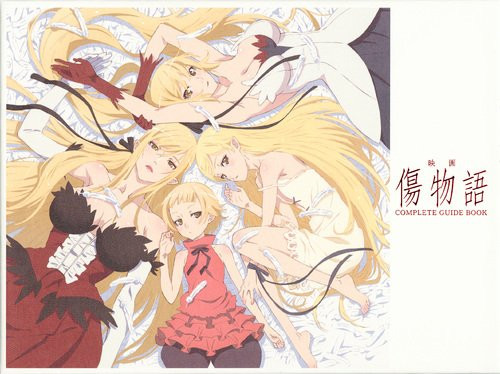 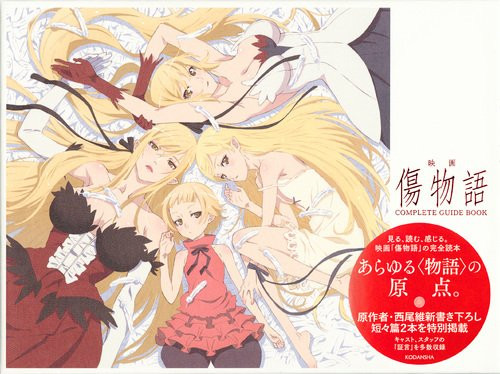 Speaking of Kizu, Part 3: Reiketsu is out from Aniplex of America this week...

Kizumonogatari Part 3: Reiketsu is now available! Don't have your copy yet? Head over to @animetoday to order today! https://t.co/NYZa7SAsNM pic.twitter.com/sQxFWNxVei

With help from Meme Oshino, the apparition specialist, Koyomi defeats the three powerful vampire hunters: Dramaturgy, Episode and Guillotinecutter. Koyomi takes back all the limbs of Kiss-Shot-Acerola-Orion-Heart-Underblade in order to become a human again. But, when he returns to Kiss-Shot, she reveals to him the cold truth of what it means to be a vampire—a creature of the night. Unable to take back what he has done, Koyomi feels nothing but regret and can only deny his dreadful fate. While Koyomi is struggling to face reality, his “friend” Tsubasa Hanekawa comes to him with a certain plan…

THE ORIGIN STORY OF THE MONOGATARI SERIES - THE FINALE OF THE TRILOGY MOVIE! 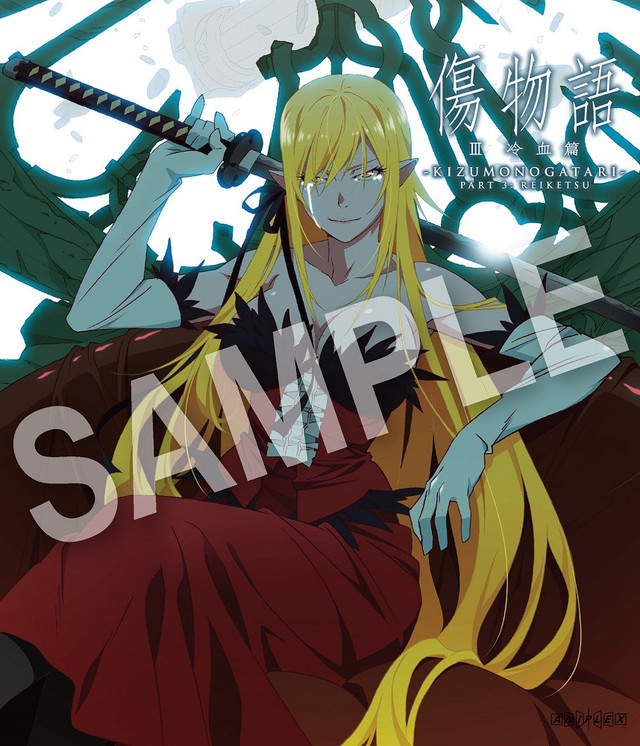 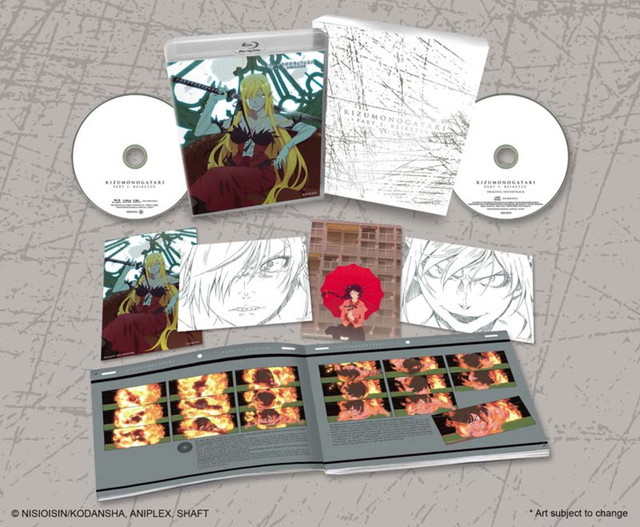