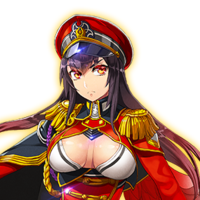 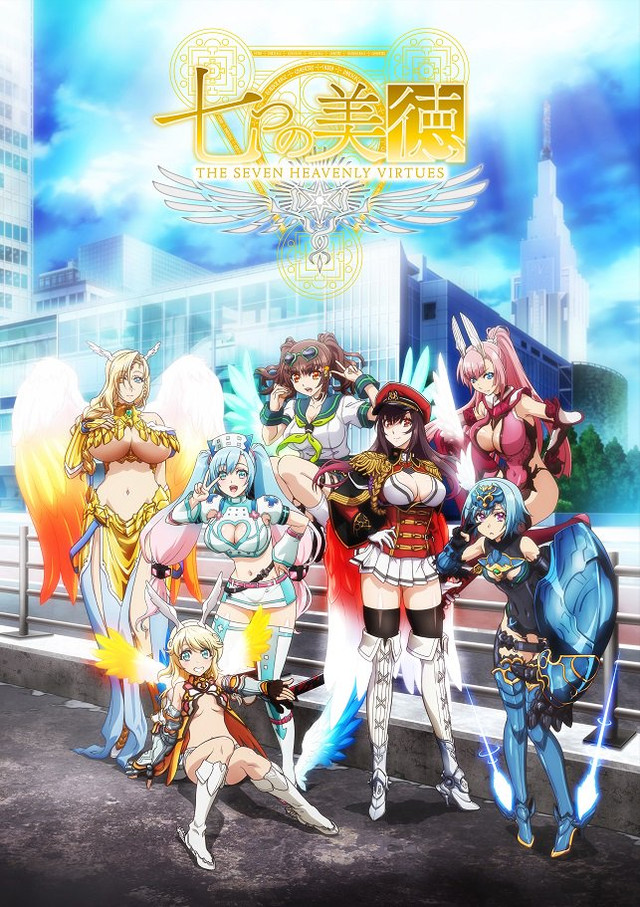 Set in the same timeline as Seven Mortal Sins, The Seven Heavenly Virtues follows a group of angels sent from Heaven to look for a potential "Savior" to counter-attack the demonic influence being spread by Lucifer and the other emissaries of Hell. Unfortunately for Heaven, all of the angels assigned to the task are completely useless. 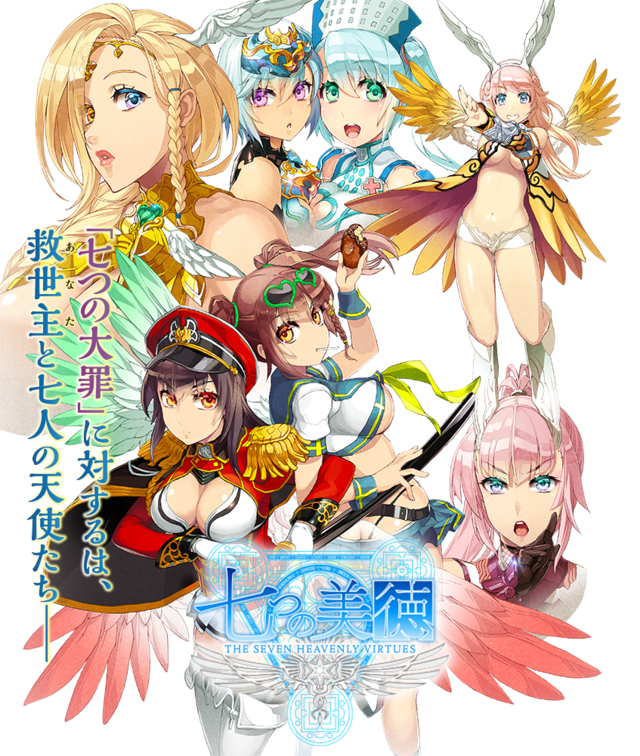 The characters in The Seven Heavenly Virtues include: 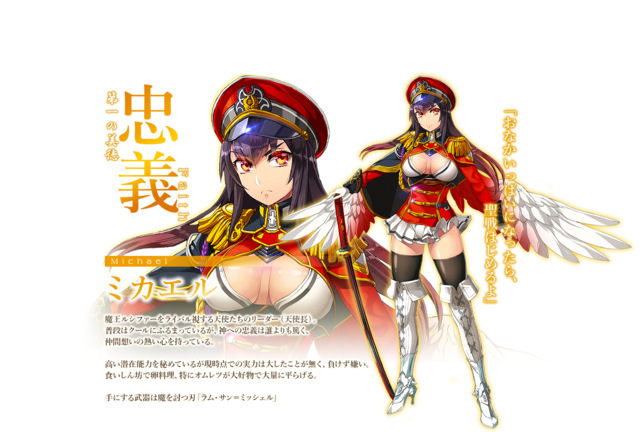 Michael, the Angel of Faith, whose power level rivals that of Lucifer. Michael is fiercely loyal and has a hot-blooded personality, but despite her potential, her abilities aren't very developed yet and so she dislikes feeling inferior to her companions. Michael loves egg-based dishes, and she's especially fond of omelettes. 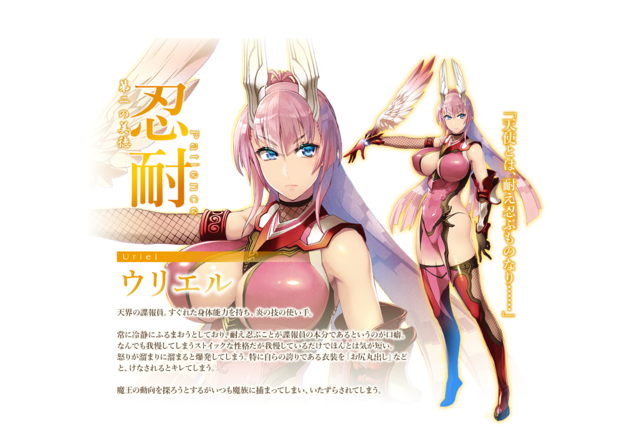 Uriel, the Angel of Patience. Uriel's primary duty is intelligence gathering, and she can wield flame based powers. Although she appears somber and stoic, in reality Uriel feels like she could lose her temper at any moment. 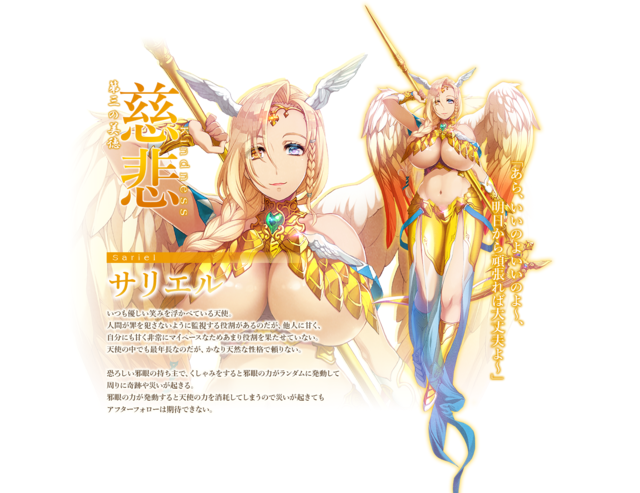 Sariel, the Angel of Kindness. Sariel's role is to monitor people to make sure that they don't sin, and she is very sweet and kind to other people. In fact, Sariel is too sweet, to the point where it interferes with her duties. Even though she is the oldest of the angels, she's developed a rather helpless personality. 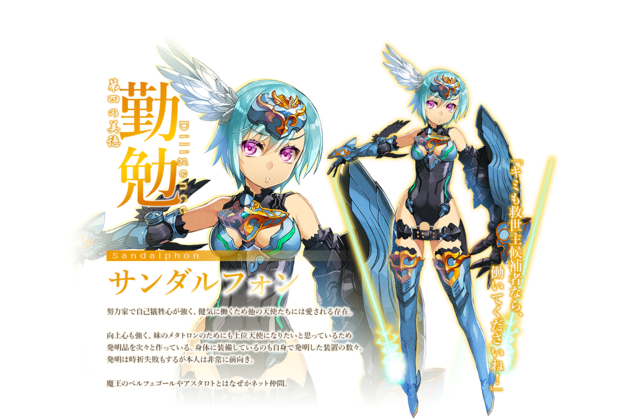 Sandalphon, the Angel of Diligence. Sandalphon is a hard-working angel who wants to be well-regarded for the sake of her younger sister, Metatron, so she is constantly coming up with new inventions. However, she tends to be careless and hasty in her work, with rushed and sloppy results. 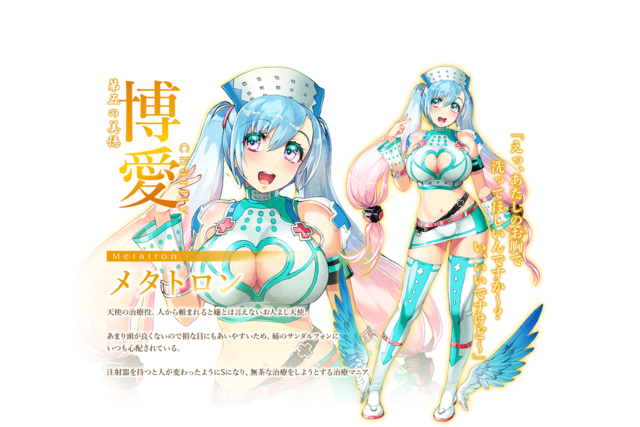 Metatron, the Angel of Charity. Metatron can't refuse a person in need, but she's not very smart and has bad eyesight, so often her ministrations make matters worse and cause her elder sister, Sandalphon, to worry about her. Metatron's personality becomes sadistic when she's holding a syringe, and she gets an overpowering desire to perform extreme treatments. 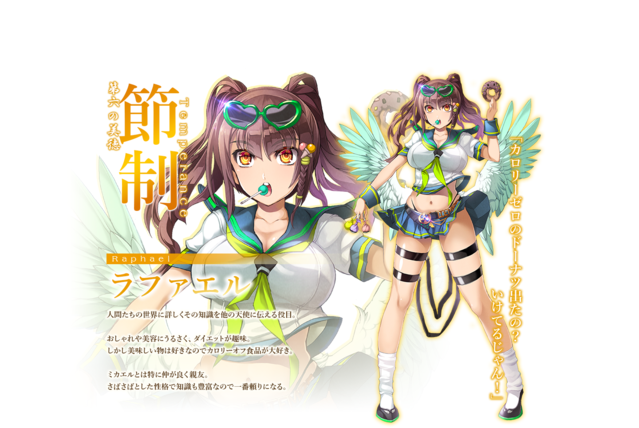 Raphael, the Angel of Temperance. Raphael has a loud personality and equally loud fashion-sense. Her hobby is dieting, but she loves reduced-calorie foods and eats them all the time. She is good friends with Michael. She's considered the most reliable angel because of her abundant knowledge and bright personality. 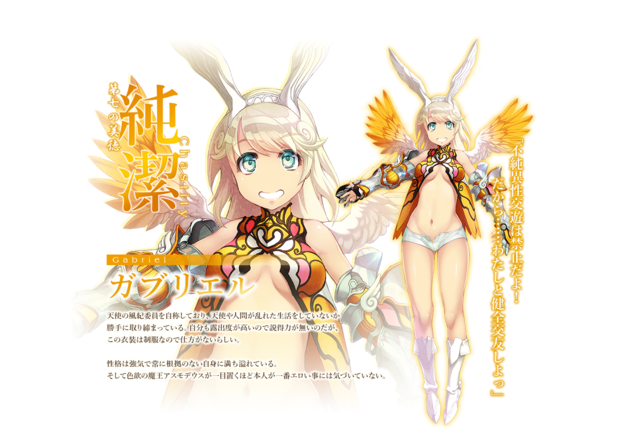 And Gabriel, the Angel of Chastity. Gabriel is the self-proclaimed disciplinarian of the group, and she's always cracking down on humans and angels whom she thinks have transgressed. Her lectures on chastity are not terribly convincing because of the amount of exposed skin that she flaunts, but her outfit is the uniform for her job, so there's not much she can do. Gabriel is overflowing with misplaced confidence and positivity.

The Seven Heavenly Virtues will begin broadcasting in Japan in 2018.