The "Garden of Sinners" film series returns to Japanese theaters, accompanied by tons of new merch and -- yep -- a collab cafe. 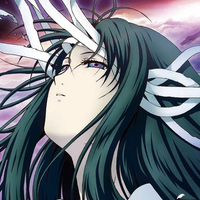 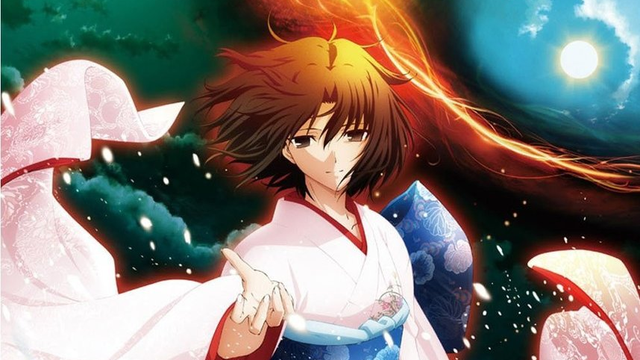 Lest we forget in the midst of the Heaven's Feel hype, Ufotable and Type-Moon's The Garden of Sinners (Kara no Kyoukai) is also having something of a big year. The creation was originally a pre-Type-Moon novel series penned by Kinoko Nasu, later adapted into multiple films.

Ufotable has launched a special website teasing a long line of Garden of Sinners anniversary celebrations, marking the release of the first film on December 1, 2007. The events will run from early December 2017 to late January 2018. 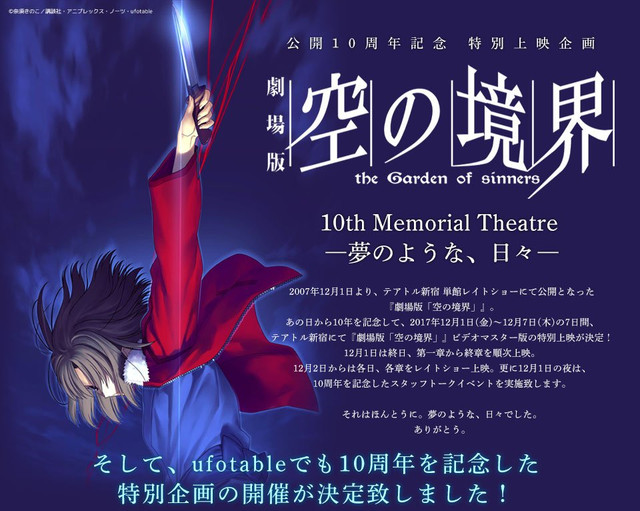 Tokushima's ufotable CINEMA will be running absolutely every Garden of Sinners film, OVA, and sequel over the course of the next two months, scheduled out over a weekly basis.

In addition, there will be a collaboration cafe event and a "collaboration dining" event -- what the difference is isn't quite clear yet. Naturally, there will be lots of exclusive merch available at both. So far, the site has announced coasters and placemats, postcards, pinback buttons, acrylic standees, and charms. 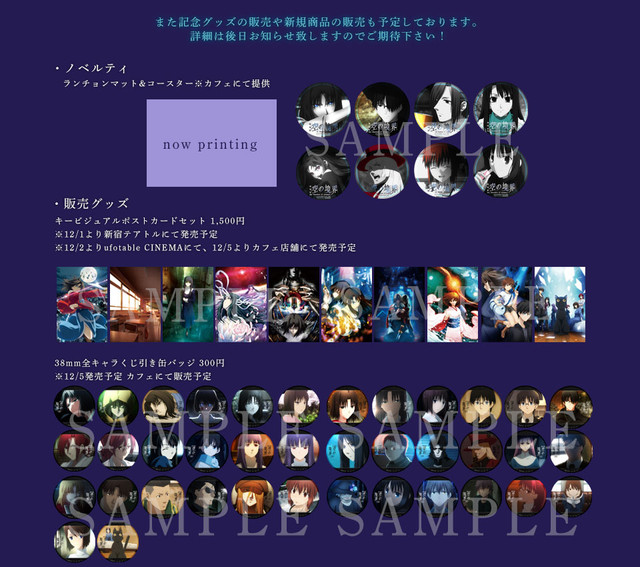 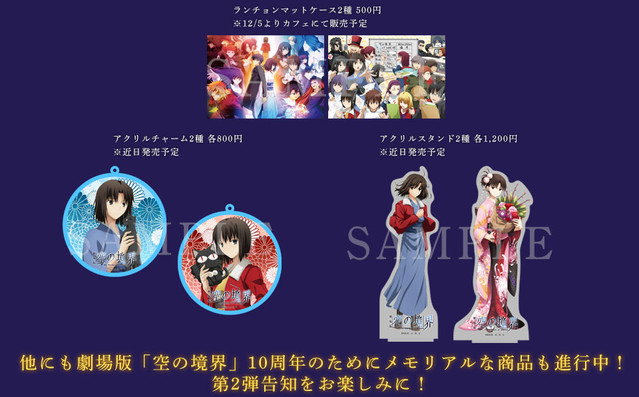 According to the site, all this information constitutes the "first round" of announcements. So it looks like there's still some excitement yet to be unveiled.