The two are sentenced to 18 months of imprisonment with a fine of 500,000 yen 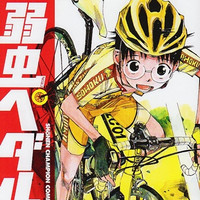 The court gave them a sentence of 18 months' imprisonment (suspended for three years) with a fine of 500,000 yen (about 4,450 US dollars). The judge pointed out, "They took various measures to hide its source. It was a skillful and habitual crime." Because they gained economic benefits from the illegal act, the judge decided that they were also needed to be punished with a fine. The two do not intend to appeal to the court.

According to the judgement, the suspects are a 34-year-old independent business man from Osaka and

a 29-year-old unemployed man from Tokyo. The Osaka man purchased one chapter of the two manga's

digital edition and processed the data. Then the Tokyo man uploaded the data onto the site to make it

available to the public without the permission from the copyright holders. The site offered manga series

from at least 13 different magazines, including Kodansha's Weekly Shonen Magazine and Akita Shoten's

court prosecuted them on November 8. The Police has continued the investigation to find other accomplices.

pages (before and after the official release day), onto the internet without copyright holder's permission

is illegal in Japan. The criminal act can result in a 10-year jail sentence or a fine of 10 million yen (about