5pb. has further plans beyond the original release on consoles and PS Vita 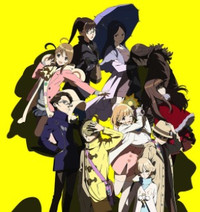 The Occultic;Nine visual novel first made its debut on PS4, Xbox One, and PS Vita in Japan last month, but 5pb. has further plans for the game. While there isn't much in the way of concrete details yet, 5pb.'s Chiyomaru Shikura revealed plans to bring Occultic;Nine to additional hardware with a few additions.

Among the additions will be a True End Scenario covering what happens after the finale, as well as the exploration of further mysteries and hints. Those who previously purchased Occultic;Nine won't be left out, though, because a free update will be coming to PS4, Xbox One, and PS Vita.