Atlus introduces the Daemons in your party in the latest trailer 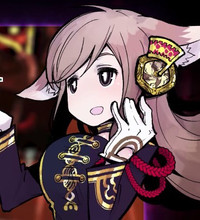 Atlus now has a western launch date for The Alliance Alive, which is coming to North America and Europe on March 27, 2018. There's also a new website, and you can meet the Daemons of your party in the second character trailer below.

The Alliance Alive has some big talent behind it, including writing by Yoshitaka Murayama, game design by Kyoji Koizumi, music by composer Masashi Hamauzu, and direction by Masataka Matsuura.

Here's more on the story from Atlus:

One thousand years ago, Daemons invaded the world of Humans

They subjugated Humanity and created the Great Barrier to separate the realms. The world was thrown into upheaval, and the Dark Current was born. It carved a cross-shaped swath across the ocean, swallowing countless cities in its wake. Humanity was decimated. Hundreds of years later, Daemons rule atop a hierarchical society. However, the time for resistance has come. The world is about to change yet again...