The judge says, "The degree of infringement of copyright was serious." 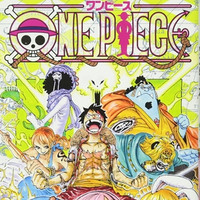 Following the arrest by the prefectural police in September, the Kumamoto district court yesterday judged 30-year-old male self-employed worker from Okinawa, Yo Uehara, guilty for illegally uploading Eiichiro Oda's popular manga series One Piece onto the internet. The court gave him a sentence of 18 months' imprisonment (suspended for three years) with a fine of 500,000 yen (about 4,400 US dollars), as demanded by the prosecutor.

The judge Suzuki said, "Making large profits from the habitual act is vicious. Because the manga was seen by many unspecified people, the degree of infringement of copyright was serious." Meanwhile, he gave a suspended sentence because the defendant was willing to pay for the damage.

He was the leader of the criminal group. It marked the first arrest case for an infamous "manga netabare"

According to the police investigation, Uehara got copies of Shueisha's Weekly Shonen Jump and Weekly

his netabare sites between July 2016 and July 2017. With the affiliate ads on the sites, he illegally earned

Yoshifumi Hottai, guilty for uploading the One Piece manga onto the internet before its official release day.

His penalty was the same as Uehara, 18 months' imprisonment (suspended for three years) with a fine of