iOS and Android game was previously planned for 2017 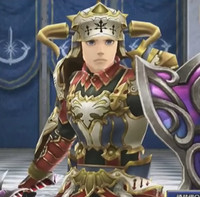 When Final Fantasy Explorers-Force was first revealed back in February, Square Enix had it nailed down for release sometime in 2017. With just a few more days left in the year, it's clearly not going to hit that goal, so the mobile version has been pushed back to spring 2018.

Currently in the works for iOS and Android in Japan, Final Fantasy Explorers-Force will let players choose from a variety of jobs. Just like the original game, this one will feature a bunch of classic playable Final Fantasy characters and battles against some of the series' staple Summons.

Tags
final fantasy, final fantasy explorers, games
« Previous Post
It's All About the Pelicas in Live-Action "Kaiji" Variety Show
Next Post »
Dive into "Valkyria Chronicles 4" with 40 Minutes of Footage
Other Top News
2 Comments
Sort by: