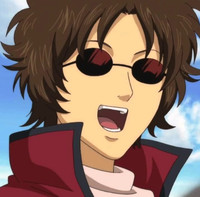 The latest issue of Jump revealed more details about Gintama Rumble, including a new playable character. The latest to join the lineup is none other than the leader of the Kaientai trading fleet himself. Yep, it's the natural idiot known as Sakamoto Tatsuma!

In addition to the Tatsuma news, Jump shared info on a boss battle in the Rakuyou Decisive Battle Arc portion of the game, which will pit players against the "Star Sword King" Pluto Batou.

Gintama Rumble hits PS4 and PS Vita in Japan on January 18, and if you want to get your hands on a copy with English subtitles, the PS4 version hits Southeast Asian regions on the same day.