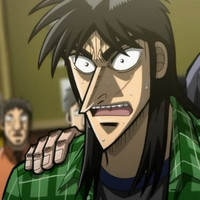 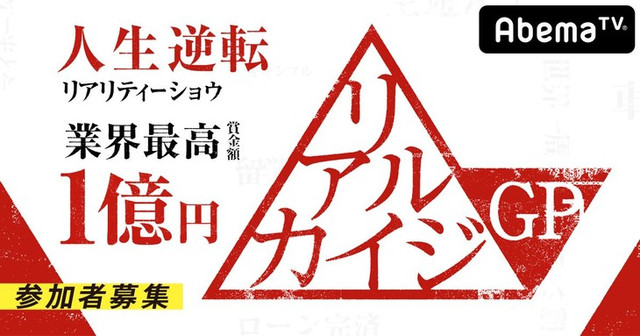 Japanese steaming website AbemaTV is getting in on the high stakes gambling action, because from January 25 - March 18, 2018, they're recruiting easy marks - er, I mean "contestants" - to participate in a special "Real Kaiji Grand Prix" variety TV program offering a shot at a grand prize of 100 million yen (about $919,000 US). 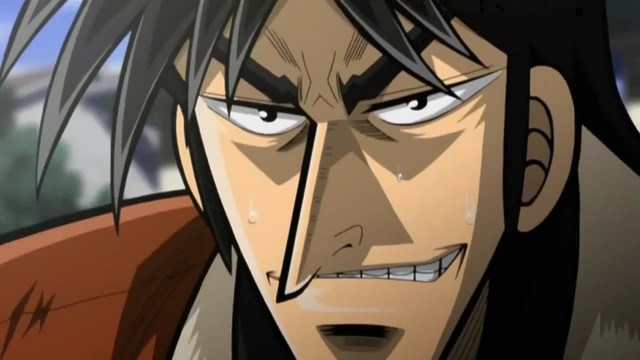 Entry is open to anyone age 18 or older who is willing to apply. Applicants are required to submit their name, gender, age, address, and occupation as well as their reason for wanting to win 100 million yen. The "Real Kaiji Grand Prix" program is scheduled to broadcast on AbemaTV's "AbemaSPECIAL Channel" in April of 2018.

The original Kaiji manga by Nobuyuki Fukumoto is serialized in Kodansha's Young Magazine seinen manga magazine, and the series has also been adapted into two live-action films (one in 2009, the other in 2011) as well as a pair of TV anime (one in 2007, the other in 2011) with direction by Yūzō Satō and animation by MADHOUSE. The Kaiji TV anime are available via streaming on Crunchyroll, who describe the story of Kaiji as follows: 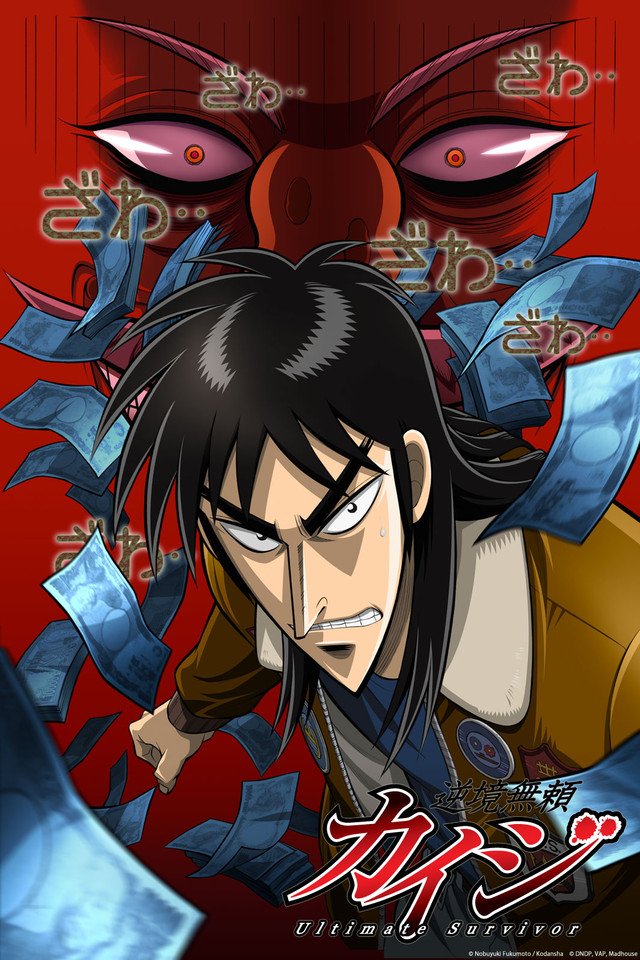 Kaiji Ito is a total loser. He lives day by day gambling, making small debt and taking out his frustration on expensive imported cars. His life changes one day with a visit from a loan shark, Endo. Endo seduces the disheartened Kaiji, "You can wipe the debt away in one night."

Comedy is a Crime in Mr. TONEGAWA Middle Management Blues