Another new musical show is also slated for summer 2019 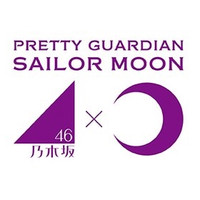 The Pretty Guardian Sailor Moon franchise's 25th anniversary project site announced today on January 25 that 32-member Japanese girl idol group Nogizaka46 will star in a new musical adaptation sometime this year. Select members will portray as the main pretty guardians in the show (the cast have not yet been confirmed).

will be directed/choreographed by Japanese dance artist TAKAHIRO, who served as choreographer for

all songs of Keyakizaka46. The show combining elements of songs, dance, and visual gimmicks is scheduled

to be performed in Japonismes 2018. It is a series of cultural events to be held in France, mainly in Paris,

from July 2018 to February 2019 to commemorate the 160th anniversary of Japan-France diplomatic relations.

Finally, another new musical show based on the franchise is set to be revealed in the summer of 2019.

It is expected be a "power-up version" of the recent musical shows. After the eight years hiatus, the