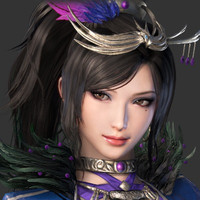 I’ve been playing Dynasty Warriors since before the franchise started putting numbers after its name, making it one of my most beloved franchises, but the years haven’t been too kind to its simple formula in the evolving landscape of gaming during the past 20 or so years. My interest in Warriors games was rekindled with Omega Force creating a number of anime and game-based adaptations, but Dynasty Warriors 9 has been the first of the main titles I’ve felt any interest in picking up in maybe the past 10 years. The prospect of an open world was both intriguing and frightening with so many developers failing to deliver on the labor-intensive genre. Koei Tecmo spoke of what sounded like a number of good ideas, but, in the end, it would all come down to execution.

One of the simplest improvements to the game may be the one I appreciate the most. Where before the main story moments were limited to short cutscenes or extended monologues by a historic narrator accompanied by scrolling text and a static image of your character, Dynasty Warriors 9 plays out various story points using in-game character models, which go a long way, both in building a more sympathetic perspective of the character and pure conveyance of information. I’ve spent months of in-game time on various Dynasty Warriors titles and I never knew Liu Bei started out as a peasant who wove sandals before the Yellow Turban Rebellion. 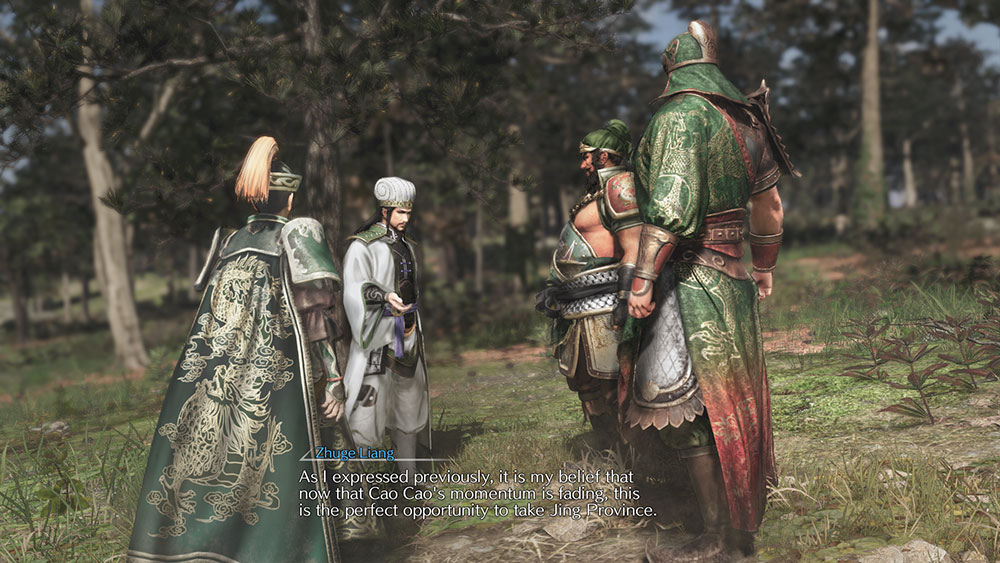 Fighting has become much more satisfying with some added cinematic flair, choosing dynamic camera angles and selective zooms that add punch to your attacks. Your character will automatically dash when you press attack to close distance even if you just launched them away from you. The targeting is (usually) very good about keeping you on officers you’re hitting and together these features make you feel much more sticky when in other titles, where your combos would wander onto nearby infantry.  It also feels more interactive with the addition of reaction attacks, letting you both preempt incoming attacks and deal massive pinpoint damage to officer enemies you have stunned.

The dynamic attack R1 menu is another good new feature, adding a bunch of mix-ups to your combos with chargeable attacks that either knock up, knock down, or stun your foes. Charge it all the way and it will even break through enemy guards. Unfortunately, there seems to be little significant difference between each of these attacks. If there were multiple types of guarding, forcing some sort of rock/paper/scissors mechanic that would allow for mixing it up, but as it is, the difference is essentially cosmetic. 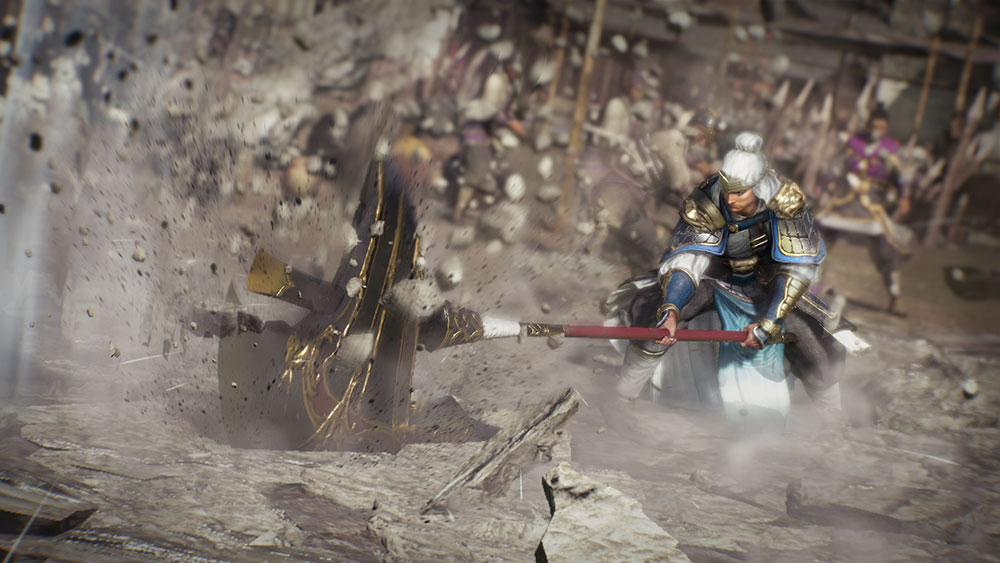 As previously stated, this new Dynasty Warriors is open world. This has been the new hotness in Triple-A gaming for some time with only a few titles really creating worlds that feel alive while the vast majority feel like empty environments. Either a world where every square inch of map feels lovingly crafted to create a vibrant environment or one similarly jam-packed with things you can interact with. Dynasty Warriors 9, unfortunately, really has neither. The map is seriously massive but it's mostly a sprawling, empty terrain.

Even the things you can interact with don’t really give the impression of a living, breathing world. Side quests are little more than NPCs with indicators over their heads whose quests appear as an info sheet with the task and reward and always come down to either gathering a certain number of materials or killing a specific squad of enemies. Where Witcher 3 made every side quest either feel like a spontaneous event or a carefully crafted mini-story, none of these odd jobs have any real sense of significance. Which is, honestly, kind of a crying shame since these tasks could go a long way toward appreciating what life was like during that period outside constant warfare… or just do some creative period storytelling outside the rote battles that the franchise has been recreating for 20 years. 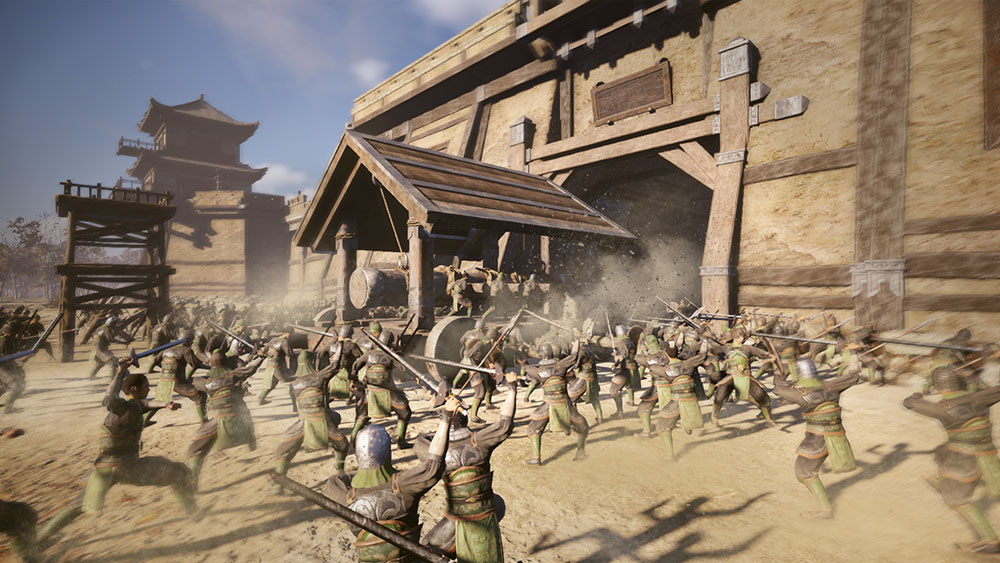 Primary missions are a mixed bag. The big maps do go a long way toward creating a sense of an actual dynamic war front and provide a more interactive way to wage war. Each big event like the Yellow Turban rebellion or Dong Zhuo’s reign of terror act as long-term events spanning the entire map of China, which you can on and off participate in, do side quests, or fish while it slowly unfolds. Usually, you have the option to head straight to the end commander and fight him or attack various important bases or defeat their officers to slowly weaken the enemy, the level of their troops and pushing your own closer toward their base with every victory.

Although it’s nice to hop in and out and take the war at your own pace, your actual activities can usually be reduced to beating up officers and capping points with very little in the way of novel missions or anything that makes you feel like you're participating in grand strategies. After so many hours it begins to feel like what Dynasty Warriors has always been, just with a lot more running. Whether taking advantage of in-game time leads to any significant difference in mission structure is difficult to say and the game doesn’t lead you through any scenarios itself. 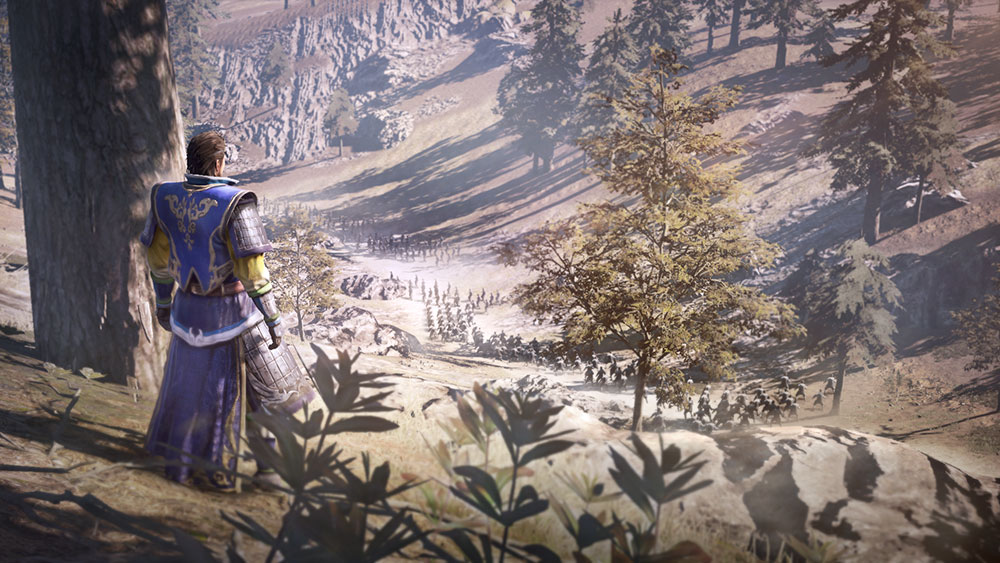 Along with the open world come features like collecting resources and crafting. Resources appear as objects on the ground you run over to collect, or, when it comes to animal parts, objects that drop from everything from skittish deer to wild tigers. The raw amount of stuff you collect and the number of recipes is pretty off-putting, however. Just going into the crafting menu for weapons, which allows you to craft any of the playable character weapons in the game, can mean scrolling down for what feels like minutes to get to the one you want, if you can even recognize it by its name since it doesn’t include the character it's associated with.

The raw number of characters may be one of the aspects of the game that seems to work least with the open world formula. Being able to wield any weapon you want essentially reduces every character to relatively invisible base stats. their unique musou attack. and their story. If you are aiming to play a particular character, the added time commitment of an open world makes the prospect of unlocking them seem even more daunting. It’s a poor combination of making them feel interchangeable while also raising the investment needed to collect them. 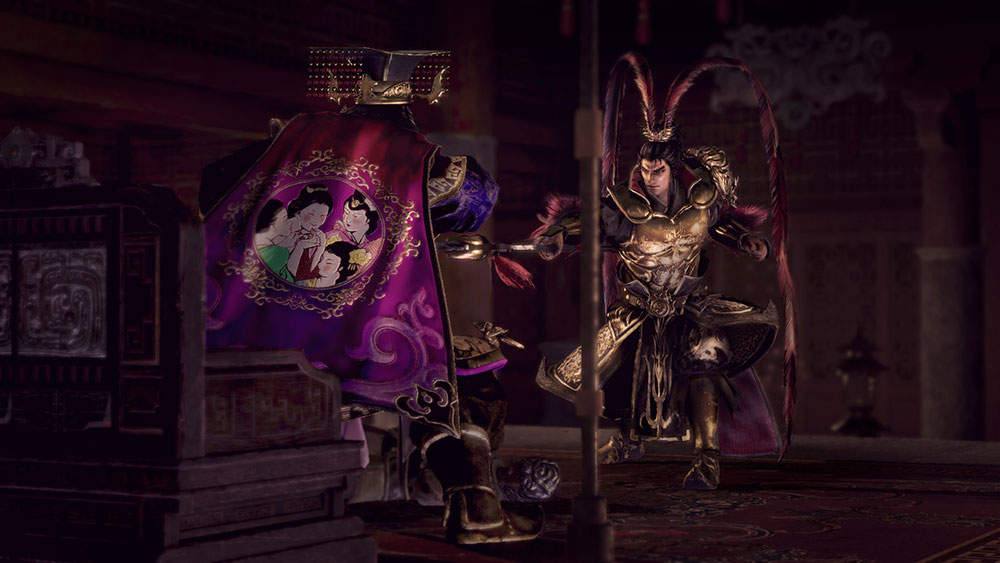 Placing so many characters in the same open world setting, even assuming more definable differences, feels like a balancing act. Most open world games rely on either allowing the player to build up their own narrative with a custom character, as with many Bethesda titles, or having a consistent character who provides a perspective for you to view the world through, as with Geralt in Witcher 3. Having a massive cast with predetermined stories and noninteractive optional content sets the player at the greatest possible distance from the world they’re trying to engage with.

If anything, Dynasty Warriors 9 may have made me realize one of the aspects of Omega Force's collection of Warriors adaptations that made them all feel so compelling. Putting their model in games like Hyrule Warriors, Pirate Warriors, or Berserk and the Band of the Hawk considerably reduced the cast to a small number of extremely familiar characters players are likely to already love who each get more screen time and, likely, more attention from developers. 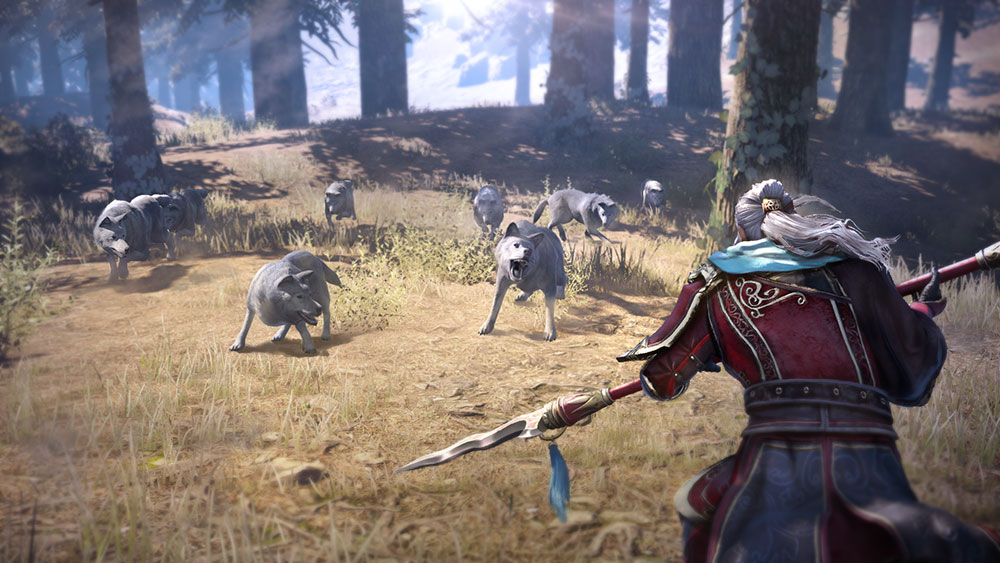 I’m not implying that I think open world isn’t the way to go for Dynasty Warriors. In fact, I think it’s precisely the direction the franchise should head. Even in a lot of features I didn’t like or felt unimpressed with there were definite seeds of good ideas to expand upon the formulaic nature of the franchise and make it into something truly new. Figuring out issues like these and how to compensate for the seemingly at odds ideas of running through so many character stories in an open world setting seem like challenges for Dynasty Warriors 10. As it stands, Dynasty Warriors 9 is definitely a step in the right direction, but there’s still a long way to go.

+/- Slight variation in how you take on missions

Tags
dynasty warriors 9, review, peter fobian
« Previous Post
"A Certain Magical Virtual-On" Introduces Lessar and Her Virtuaroid
Next Post »
How Do You Take Your Anime? Discotek Wants Your Vote
Other Top News
7 Comments
Sort by: