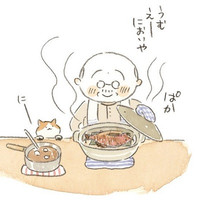 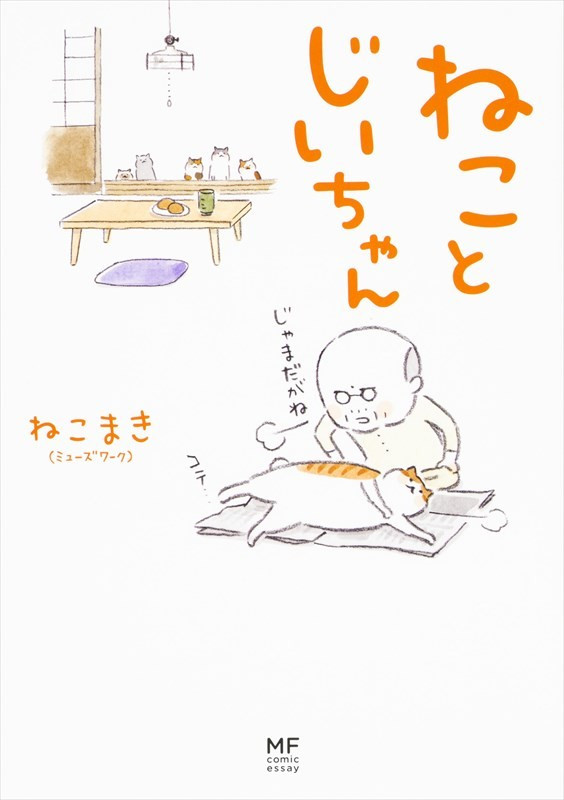 Neko to Jiichan ("Cat and Grandpa"), a series of heart-warming comic essays by Nekomaki of Muse Work about an elderly man living together with his pet cat, is being adapted into a live-action film. 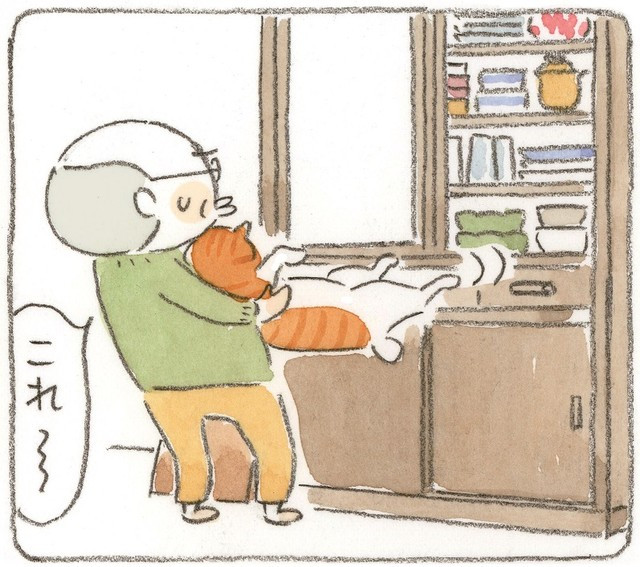 The original Neko to Jiichan books are published in Japan by Kadokawa under their MF Comic Essay imprint. The story follows the everyday lives of Daikichi, an elderly man, and his pet cat, Tama. Daikichi has lived his entire life in a small island town, and although young people have begun moving there and the landscape and scenery have begun to change, the one thing that remains constant is Daikichi. 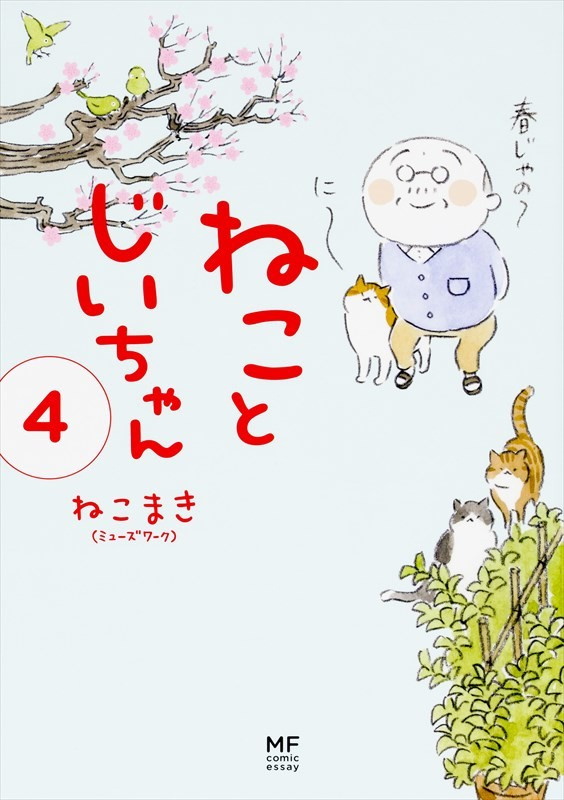 More details about the live-action film version of Neko to Jiichan will be released at a later date on the official Kadokawa home page.