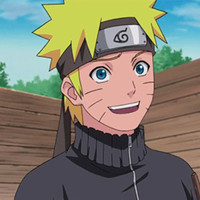 Sometimes opportunity knocks when you least expect it. In the case of one Twitter user, @CarterGehrke wanted to know how many retweets it would take to get a free flight out to The Anime Awards, which will be held this Saturday, February 24 at 7:00pm PST.

@Crunchyroll How many retweets to fly me out to #AnimeAwards so I can hang with my internet friends, fangirl over @GiggukAZ again, and meet @Mike_Daniels76 #UrarakaBestGirl #GoPackGo

Now, thanks to Hime... it's in everyone else's hands! Here's the tweet @CarterGehrke is trying to send into the stratosphere:

I have the power of god and anime on my side. (Please help me) https://t.co/0Jj0HwjMDl

They have until 2:00pm PST TOMORROW to make it happen.