Winners were announced at a special ceremony in Tokyo on March 03, 2018 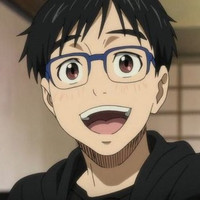 The winners of the 12th Annual Seiyu Awards, an industry event that recognizes excellence in the field of Japanese voice-acting, were announced at a special ceremony held at the Cultural Broadcasting Media Plus Hall in Hamamatsuchō, Minato Ward, Tokyo, Japan, on March 03, 2018. The winners include:

The Seiyu Awards concentrates on recognizing voice work featured in new TV broadcasts, on home video releases, in online publications, and in video games. The eligibility period for the 12th Annual Seiyu Awards included works published from December 01, 2016 - November 20, 2017. A popular vote was held to determine the finalists in each of the main categories, with the winners being selected by a special committee of judges.