"How NOT to Summon a Demon Lord" Reveals Anime Visuals of Its Two Heroines: Shera & Rem

TV anime adaptation is set to premiere in Japan this summer 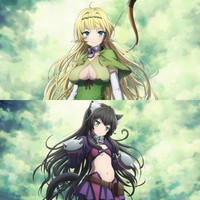 The official website and Twitter for the upcoming TV anime adaptation of Yukiya Murasaki's love comedy fantasy light novel series Isekai Maou to Shoukan Shoujo Dorei Majutsu/How NOT to Summon a Demon Lord posted anime version visuals of its two main heroines: Shera L Greenwood and Rem Galleu today. It is also confirmed that the TV anime is set to premiere in Japan this summer.

The novel series with illustrations by Takahiro Tsurusaki (Love Gene!, D Sword of Legend) has been published from Kodansha's Lanove Bunko imprint since December 2014. So far it has nine volumes and has printed over one million copies in Japan.

The novel's English edition was licensed by J-Novel Club in October 2017. Its first e-book was

released in November 2017, then the second volume followed in February 2018. The publisher

introduces the story as below:

In the MMORPG Cross Reverie, Takuma Sakamoto is so powerful that he is lauded as the “Demon Lord”

by other players. One day, he is summoned to a world outside his own-- but with the same appearance

he had in the game! There, he meets two girls who both proclaim themselves to be his Summoner. They

perform an Enslavement Ritual to turn him into their Summon... but that’s when Takuma’s passive ability

Magic Reflection activates! Instead, it is the girls who become enslaved! Though Takuma may be the

strongest Sorcerer there is, he has no idea how to talk with other people. It is here he makes his choice:

to act based on his persona from the game! “Amazing? But of course... I am Diablo, the being known and

feared as the Demon Lord!” So begins a tale of adventure with an earth-shakingly powerful Demon Lord

(or at least someone who acts like one) taking on another world! 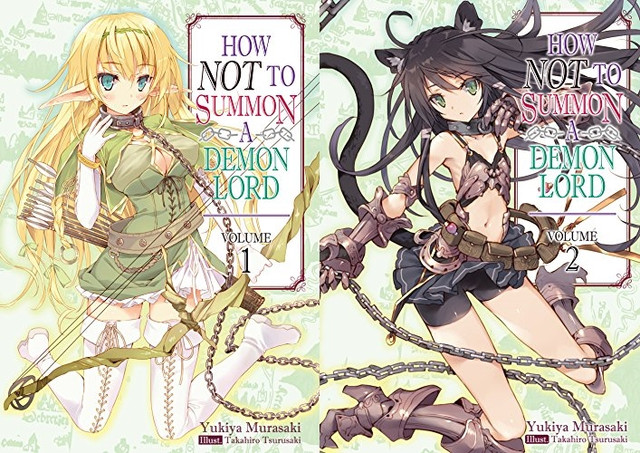 Tags
how not to summon a demon lord, summer 2018
« Previous Post
Tatsuki's "Keifuku-san" Short Anime to be Aired on Tokyo MX Next Tuesday
Next Post »
Twin Sisters Are Too Much to Handle in "Alice or Alice" TV Anime Trailer
Other Top News
11 Comments
Sort by:

Comedy is a Crime in Mr. TONEGAWA Middle Management Blues