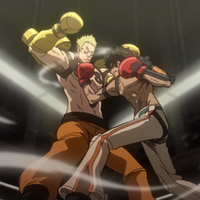 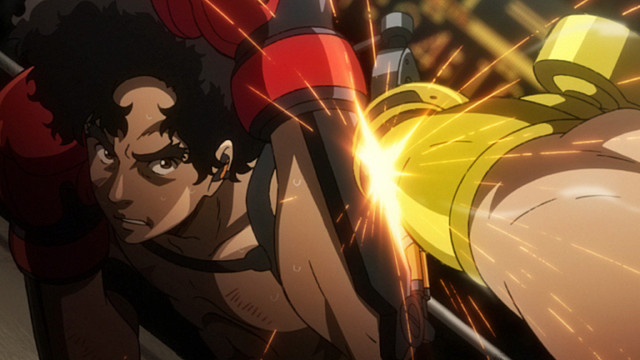 It's official: as part of the Spring 2018 season, Crunchyroll will simulcast MEGALOBOX, a hard-hitting new TV anime from director Yo Moriyama and animation studio TMS Entertainment that updates the story and characters of the classic boxing manga & TV anime Tomorrow's Joe (aka Ashita no Joe) and turns them loose in a gritty, cyberpunk, near-future setting.

MEGALOBOX will be available to Crunchyroll members with premium subscriptions in North America, Latin America (including South and Central America), the Middle East and North Africa, the United Kingdom, Ireland, Scandinavia, Australia, New Zealand, and South Africa beginning on April 05, 2018. 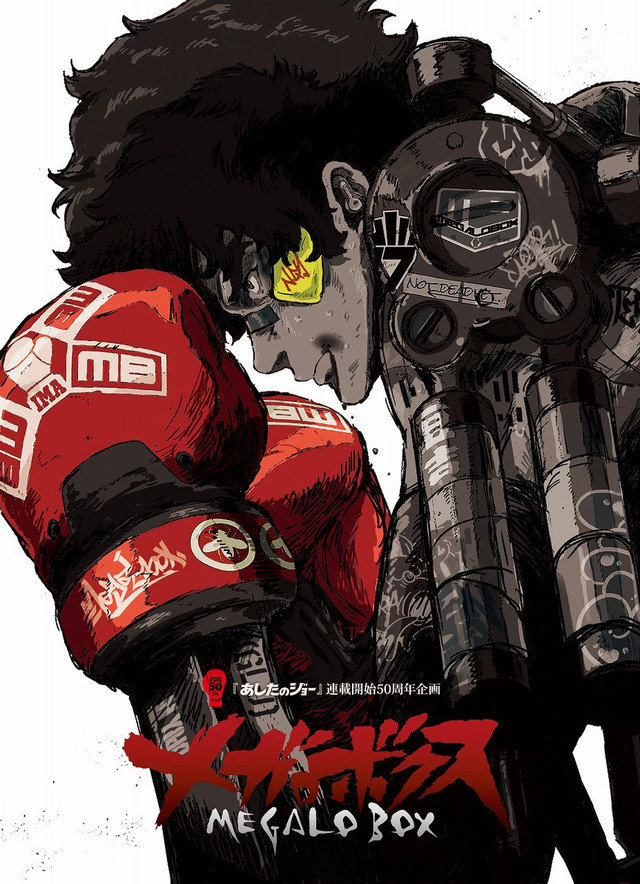 Crunchyroll describes the story of MEGALOBOX as follows:

A desolate land stretches out from the city of poverty. A motorcycle speeds recklessly, blowing clouds of sand and dust. The rider is the protagonist of this story – he has neither a name nor a past.

All he has is his ring name, “Junk Dog” and a technique for rigging MEGALOBOX matches with his pal Gansaku Nanbu, which they use to support their hand-to-mouth lives. Although he has the skill, he isn’t dissatisfied enough to change his ways- but he’s not satisfied with his life either. JD is bored, resigned, and unfulfilled. He lives with frustration in a life of shadows beneath the lights of fame.

Meanwhile, under the bright sun is Yukiko Shirato, the daughter of Shirato Konzern —the reigning family of the wealthy class. Yukiko decides to advance her career by using MEGALOBOX to organize a large fighting event, MEGALONIA: the tournament to determine the champion of MEGALOBOX. She creates a scenario: MEGALOBOXER Yuri, under her control, will win and become the champion to further promote the Shirato brand gear and expand business. Yuri has been the reigning champion of MEGALOBOX for the past few years. Driven by self-discipline and his strong will to practice, he has the skills and presence of a true champion. The man himself is a shining exemplar of virtuosity.

This is a story of JD and his rival, Yuri. An encounter between shadow and light; a fast-paced story begins when their paths cross.