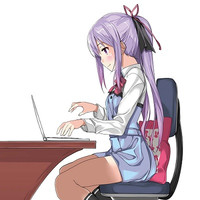 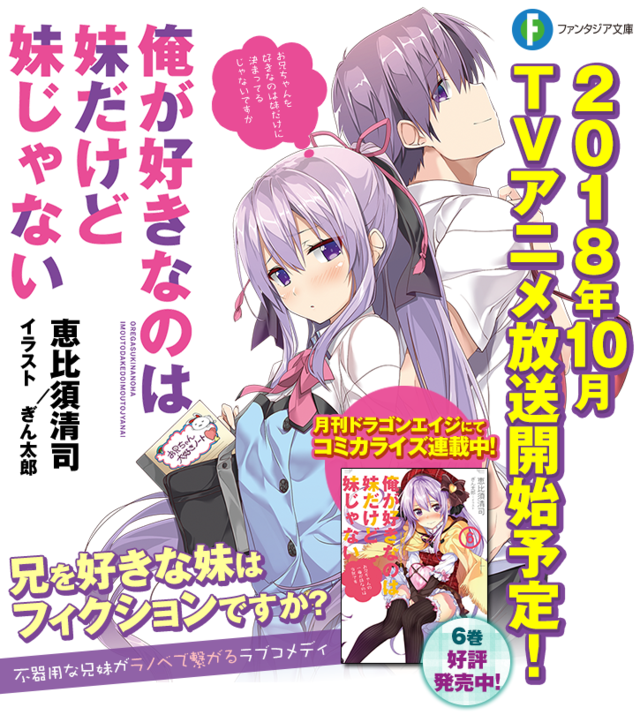 Here's some quick news for fans of moe light novel series: the TV anime adaptation of Ore ga Suki nano wa Imouto dakedo Imouto ja Nai ("The One I Love is a Little Sister But She's Not My Little Sister"), a light novel series written by Seiji Ebisu and illustrated by Gintarou about a young lady who moonlights as an ecchi light novel author, will begin broadcasting in Japan in October of 2018. No further details about the production have yet been revealed. 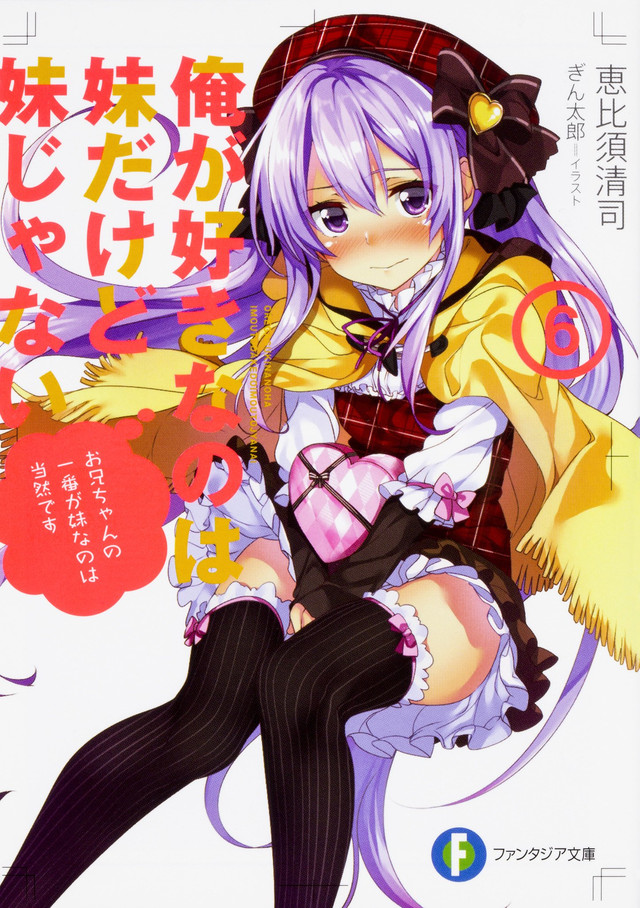 The original Ore ga Suki nano wa Imouto dakedo Imouto ja Nai light novel series is published in Japan by Fujimi Shobo under their Fujimi Fantasia Bunko imprint. The story follows Suzuka Nagami, a junior high school student with excellent grades and an elite image as the student council president. Suzuka secretly wins a huge light novel publishing prize, but the subject matter for the contest is "a flirtatious elder brother / younger sister love comedy", so she convinces her older brother, Yuu, to pretend to be the author in her place, even though Yuu knows nothing about light novels or moe love comedy.