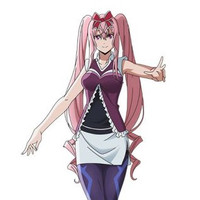 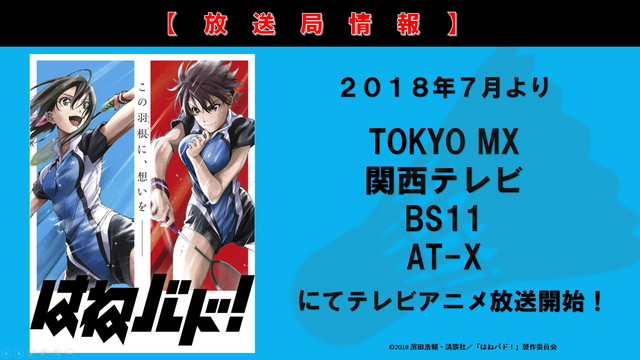 A flamboyant rival character has joined the cast of Hanebado!, an upcoming TV anime based on the sports manga by Kosuke Hamada that follows the exploits of the Kitakamachi High School girl's badminton team. 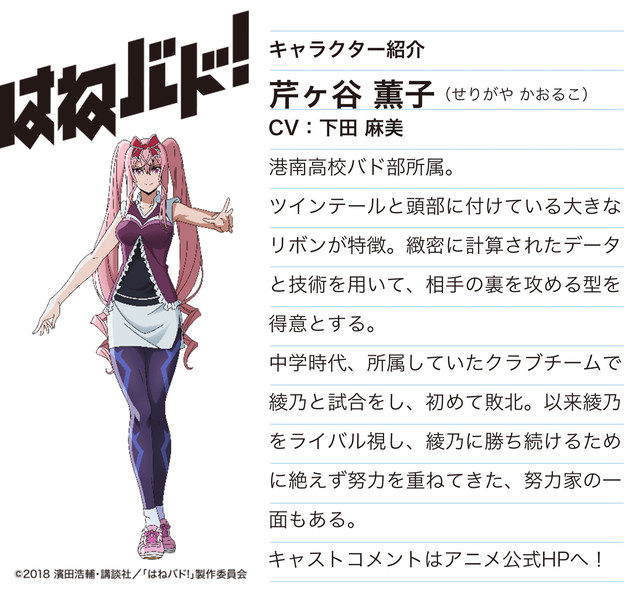 Voice actress Asami Shimoda (Amane Nakano in Kiss Him, Not Me) plays Kaoruko Sarigaya, a member of the Kounan High School badminton club. Easily recognizable by her twin tail hairstyle and red ribbon, Kaoruko is a fierce competitor who makes use of precise data and techniques to take advantage of her opponents' weaknesses. In a middle school badminton match against Ayano, Kaoruko suffered her first defeat. Ever since she's nursed a one-sided rivalry against Ayano.

The original Hanebado! manga is serialized in Kodansha's good! Afternoon seinen manga magazine. The Hanebado! TV anime is directed by Shinpei Ezaki and features animation by Liden Films. Hanebado! will broadcast in Japan on Tokyo MX, Kansai TV, BS11, and AT-X beginning in July of 2018.