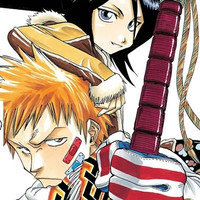 40-year-old Japanese manga artist Tite Kubo announced today on May 21 that an official Instagram account for his internationally popular action fantasy manga series Bleach was launched (bleach_official_pr). In its first update, 12 color illustrations were posted with a number "1." The meaning of the number will be revealed in near future.

The manga was serialized in Shueisha's Weekly Shonen Jump for 686 chapters from 2001 and 2016 and compiled in 74 tankobon volumes. It has printed over 120 million copies in Japan and the world. Its live-action film adaptation starring 24-year-old Souta Fukushi (Gentaro Kisaragi in Kamen Rider Fourze) as the protagonist Ichigo Kurosaki is set to be released in Japan on July 20.

NEW GAME! English Dub Launches for Both Seasons on Crunchyroll