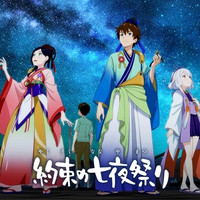 XFLAG Studio (Monster Strike, MSonic!) announced yesterday that its 60-minute new original anime Yakusoku no Nanaya Matsuri (The Promised Seven-Night Festival) will be streamed on its official anime YouTube channel for free at 19:00 on July 7 (JST).

The fantasy anime that also includes elements of youth love story and battles is directed by Kazuya Murata, known for his directorial works for Fullmetal Alchemist: The Sacred Star of Milos (2011), Gargantia on the Verdurous Planet (2013), and Kado: The Right Answer (2017). 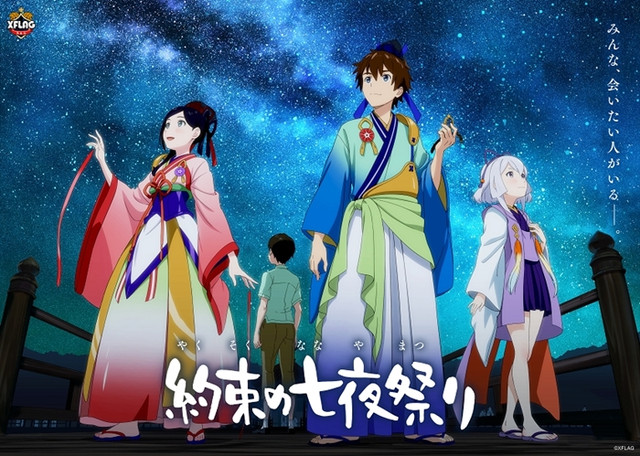 They have been out of touch for three and half years. Atsushi says, "There will be a unique festival,

would you like to come? I want to meet and talk with you after a long time." Being in agony, Shoma

of a mountain. However, he cannot find Atsushi. Instead, he encounters a girl named Shiori Senozawa,

who is also looking for someone whom she wants to meet. The festival's facilitator Kanna says, "I think

you will be able to meet Atsushi-sama by the end of the festival." Along with Shiori, Shoma starts

preparations for the festival, but is also involved in mysterious incidents occurred in the village. Will 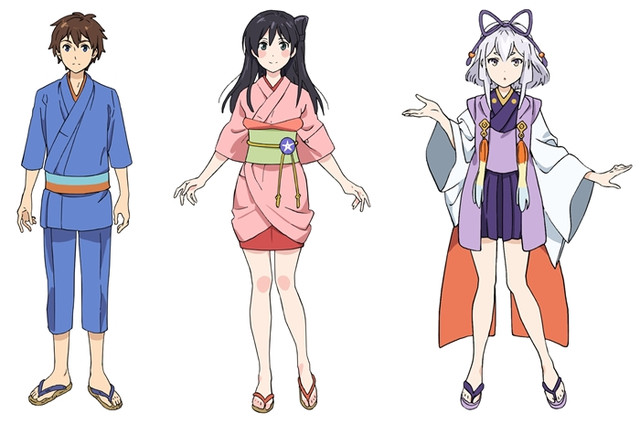