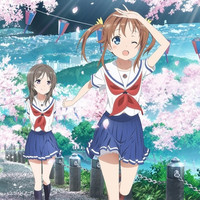 According to the report by Tokyo Shoko Research on Monday, Tokyo-based anime production company Production IMS has started procedures to adjust its debt. While the total amount of the debt is still under investigation, an attorney who is in charge of the procedures says the company is likely to go into bankruptcy soon.

However, as the demand for production cost and payment to subcontractors increased, sales remained

stagnant and cash flow deteriorated. As part of reconstruction effort, it closed its Hikarigaoka Studio in

Tokyo in December 2017, but the management has finally reached the limit and has to accept this step.

Two months ago, Production IMS announced that an all-new feature film based on its original anime

series High School Fleet was in the works. The future of its production and release is currently unclear.