New theme will hit the airwaves along with Shinnosuke's new voice 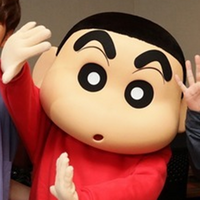 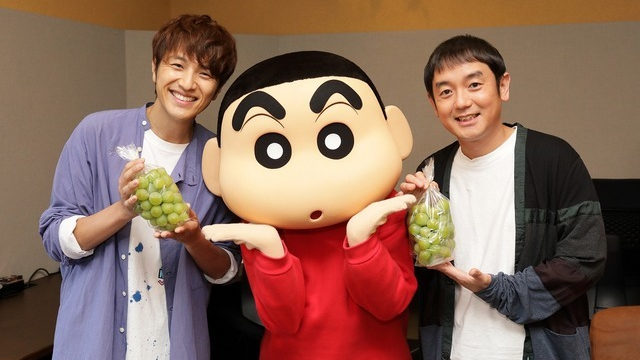 It looks like there's more than one change afoot in the Crayon Shin-chan studio... starting next month, the long-running series will have a new theme song!

The new tune, titled "Muscat," will be performed by folk rock duo Yuzu. This isn't the pair's first venture into anime themes -- three of their songs have been used as endings for the 2011 Hunter x Hunter. The band also supplied a theme for the 2015 Crayon Shin-chan movie. 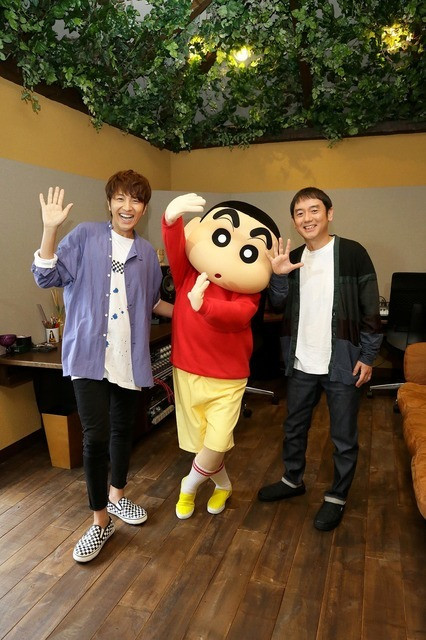 Shinnosuke himself came to Yuzu's studio for a photo-op with the band. The band wrote "Muscat" in hopes that it's something both kids and their parents will want to get up and dance to.

The new theme will be used on Crayon Shin-chan starting July 6, which is also when voice actress Yumiko Kobayashi will take over the title role. The single for "Muscat" goes on sale August 1.